My Social Media Predictions for 2013 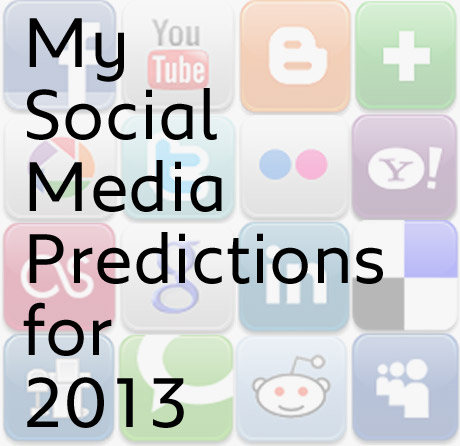 2012 was a big year for the UK. With the Olympics, the Jubilee and a royal wedding, there was plenty to talk about, both online and offline. What part did social media play in framing our discussions in 2012, and what could we now expect to see in 2013?

With 2012 proving to be such an important year, how will this year compare? What will 2013 bring in terms of social media news and innovations?

Here are my social media predictions for 2013:

Content marketing is now a key part of any online strategy, and I predict that its importance will continue to grow. Just a couple of years ago, the terms “Content Strategy” and “Content Marketing” were only frequently discussed in agency circles. Now these are some of the key areas that in-house marketers and small business owners ask me about when seeking SEO, social media and digital marketing advice.

As search engine algorithms become increasingly sophisticated, and formulaic SEO content is more readily categorised as junk; black hat SEOs are finally beginning to realise that to achieve an SEO strategy that has longevity and offers high quality conversions of engaged and loyal customers, content must be well-written and reader-focused, and not just built purely around keywords.

I have long been an advocate of the potential of Google+. Since Google added the “+1” social signal button to its Google+ platform, I now make “+1ing” a key item on the ticklist for my SEO clients. This milestone in directly combining social sharing and personal recommendations with tangible SEO results has set the benchmark for an increase in the importance of social commerce in the coming years.

While Google+ has initially been favoured by young “techie” males, I predict that the “+1” tag will play an increasingly important role in SEO. Now that it is directly linked to SEO, I think we’ll see it become much more widely recognised and well-used as a result.

The exponential growth in the popularity of Pinterest and Instagram has served as a timely reminder that people just love looking at nice things. They like photos and images, and they like video even more. To keep your audience interested, think visual. Content should be varied in both style and format – think photos and videos as well as words. (If you need some help putting videos together, just give me a shout.)

And of course, always remember to design your website, blog or e-commerce site around great visuals, with lots of great images that are easy to share and comment on.

In December 2012, Leeds became one of the first city centre retail areas in the country to offer free wifi. With ever-increasing smartphone use, and with wifi more readily accessible, I think that mobile will become even more important for social commerce. 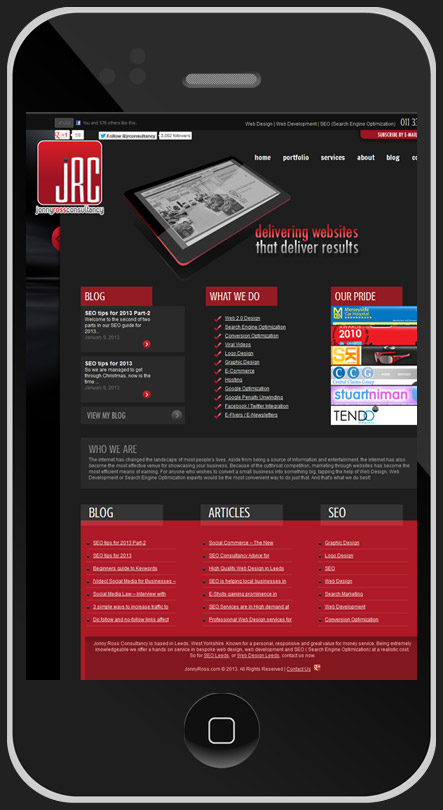 Buyer decisions are often spontaneous (especially for FMCG) and sparked by ever more sophisticated outdoor advertising and POS campaigns. To make the most of these opportunities, your website must at least be readable on a mobile, even if it isn’t fully optimised.

What are your 2013 Predictions?

These are my social media predictions for 2013 – but what are yours?