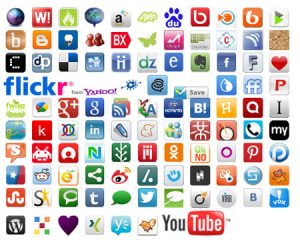 What a year 2013 has been, with brands from around the world giving us some highly notable social media moments.

Successful social media marketing campaigns have to really grab an audience in order for them to engage with the brand – but most importantly they need to be unique. This year there have been some very rewarding campaigns, which have boosted awareness and revenue.

So, as 2013 comes to an end, I’ve pulled together ten of the best social media success stories of the year – enjoy!

When it comes to viral videos, Dove’s “Real Beauty Sketches” is certainly up there at the top. In 2004, Dove launched its Campaign for Real Beauty, starring real women instead of professional models to create a world “where beauty is a source of confidence and not anxiety.”

This year, Dove brought us probably one of the most touching video and social media efforts I’ve seen. In this campaign, Dove presented an online video in three- and six-minute versions. The video shows a forensic sketch artist who is asked to draw a series of women based on descriptions provided by both the individuals themselves and someone who had just met them. And as you’d imagine, the two sketches were very different.

The video showed that women don’t always see their true beauty, and that feel-good message hit home with viewers – the video had more than 114 million views just a month after its release.

One of the most visible campaigns in Facebook history was brought to us by the Human Rights Campaign, to accompany real life demonstrations outside the Supreme Court on the eve of two historic marriage equality hearings.

According to Facebook, 120% more users changed their profile pictures on Tuesday, March 26 than on the previous Tuesday as millions of users adopted a red version of the HRC’s equal sign logo. And the results speak for themselves as the logo received 10 million impressions, 189,177 shares, 95,725 likes and appeared more than 18 million times in news feeds – impressive.

The company behind “milk’s favourite cookie” made the most of a bad situation when football fans were left panicking when the lights went out during Super Bowl XLVII. Oreo promptly responded with a tweet that read, “Power out? No problem. You can still dunk in the dark.”

In just one hour, the simple, spur-of-the-moment tweet got more than 10,000 shares – and received a Cannes Lion and Clio award nomination.

The Japanese clothing company made headlines last year with their Pinterest Dry Mesh Project campaign. Around one hundred people with Uniqlo accounts hit Pinterest at the same time to simultaneously pin, creating a style similar to that of an old film strip. The result was large mosaic visual board on Pinterest, portraying many of the brand’s products on one Pinterest board. People responded favourably with positive feedback commenting on the visual impact of the campaign.

And here is Oreo again – hasn’t it been a good year for them?

Earlier in the year, Kit Kat challenged Oreo to a game of tic-tac-toe to compete for the affections of Laura, a fan who had tweeted at both brands. Even though neither won the game the clever exchange was a success for both companies as they demonstrated a friendly, lighthearted manner and more than willing to have a laugh at their own expense.

6) Myspace gets a much-needed make over

I think we’ve all felt a little sorry for Myspace at some point in time, although it would seem reports of Myspace’s demise may have come a little too soon. The former social media great launched itself this year as a music-centric networking site – and so far so good.

Global superstar Justin Timberlake helped to back the campaign and the site now has a more up to date design and music at the centre of its new focus. It allows listeners to connect with artists, find new music, stream music and communicate with other fans. This will definitely be one to watch in 2014 to see if it continues to grow in popularity, and could be a match for Spotify and Facebook. 7) Backyard Takeover by Sprout It

Sprout It – a new app designed to help gardeners maximise the length of the growing season – was launched this year with a social media competition campaign that offered fans a chance to win a professional back garden makeover and money for its upkeep.

To take part, fans were asked to take a photo of their back garden that was in need of some TLC, and share it online with the hashtag #GrowInspired.

The campaign utilised the strong DIY, home and gardening networks, which helped to extend its reach to non-gardeners. In just a week, the campaign led to 313,500 Facebook posts, connected with 60,000 people on Twitter and brought more than 5000 people to the Sprout It website.

Hashtags are a great way for brands to reach a larger audience on a variety of social media sites. But they don’t always work out that well – remember the McDonald’s hastag fiasco?

Starbucks is one brand that successfully uses hashtags across a number of platforms. Searching #strawsome on Twitter, Facebook or Instagram brings up lots of pictures of creative art, made using Starbucks straws. And with Christmas upon us, the hashtag #PSL heralded the arrival of the old festive favourite: the pumpkin spice latte!

For the famously playful brand’s Twitter Games campaign in February, ASOS hosted four live Twitter games online in real time. More than 15,000 fans tuned in to watch broadcasts on uStream, before being asked to tweet with the competition hashtag in order to be in with a chance of winning prizes.

The games were fun and playful, matching the ASOS brand personality, and tapped into the target twenty-somethings market, who like to share information about their clothing purchases online. The campaign delivered a total reach of over 120,002,897.

There are some pretty significant trends that come out of 2013’s best social media wins. Some are obvious – great customer service and ads that hit home are always going to pay off. But others are more innovative, such as real-time responses. We can expect to see more of all of these in 2014.

For more information and ideas on maximising your digital marketing campaigns, sign up to my blog or contact me directly on 011 33 20 21 21.

Check out my last blog for more ideas of how Twitter can help your business.