YouTube is the second most widely used search engine after Google, and with 300 hours of video content uploaded every minute , YouTube is only growing bigger with each passing year. With such an appetite for video consumption, the opportunities for businesses to engage with potential customers online through video is huge. But how do you ensure your video is seen by as many people as possible?

Having a successful YouTube channel could be the perfect platform for interacting and engaging with your audience, but it’s not always as simple as creating a nicely shot video and uploading it. Sometimes getting viewers and subscribers means knowing what YouTube is doing with your content once you have uploaded it.

To learn how YouTube works now, it’s important to know how it used to work, and why it changed.

When YouTube started back in 2005, there needed to be a way to find and separate the good content that visitors would want to watch, and the bad content that would turn visitors away from the site. But how do you differentiate the good content and the bad content when you’re allowing anyone to upload anything? Even in YouTube’s early days, there was too much video content for staff members to look through. The method YouTube came up with was to promote videos which had a high view count, because at the time it made sense. A video with a lot of views was more likely to be good than a video with hardly any views, because so many people had decided that they wanted to watch that particular video. So YouTube would find these videos with growing view counts and help promote them further, by listing them in search results and placing them on the front page of YouTube, often placing them in the ‘Featured Video’ section, which achieves a very high conversion rate.

The problem with using view counts to determine the quality and worthiness of a video was that this stat was too easy to manipulate. Even before people had worked out they could use bots to raise their video views, all it took was a misleading title and thumbnail and you would be able to attract people to your video, even if the video itself had nothing to do with what was being advertised. People would click on the video, see it wasn’t what they thought, and click away from it after a few seconds, but the views had already been recorded, and their videos raised in popularity.

YouTube did attempt to rectify this problem by using a rating system. When it began, YouTube used a 5-star rating system, so users would be able to properly rate a video; rating it 1 star if they didn’t like it or 5 stars if they enjoyed it, or somewhere in-between depending how they felt.

In January 2010, YouTube introduced a new rating system, which was a simple ‘like/dislike’ rating system. Unfortunately, neither form of rating proved to be too popular, with less than 10% of viewers actually using the rating system, therefore making it more difficult to flag these misleading videos, especially since people would generally click away from them, instead of taking the initiative to dislike the video first.

Everything changed in March 2012, when YouTube changed its search results algorithm; prioritizing retention time over the view count. With this change, it didn’t matter if your video had a million views, because if viewers were only staying on your video for seconds at a time, then your video would no longer place highly in search results. Instead, videos were chosen for promotion based on the retention of their viewers (the length of time a viewer would spend watching the video).  Alongside the algorithm change, YouTube introduced a number of other features and design changes that brought new interest to the site.

Sadly, there are no longer any quick wins. Investment in high quality content production and in taking the time to plan and execute campaigns to drive engagement is the simple (but unfortunately not quick) answer.

Being able to attract viewers to watch your videos through standard marketing is obviously still an important factor, but it’s equally, if not more, important to keep these viewers engaged and watching. Being able to retain your viewers’ attention for the length of the video will help your videos perform better in search results, as well as having your video more likely to appear in suggested videos, though there are other steps you can implement to help you reach these goals. 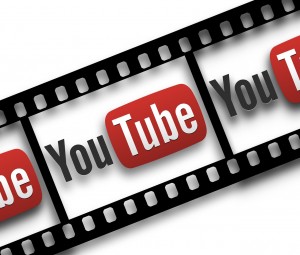 Does your organisation use YouTube videos to promote campaigns and engage with your audience? Have you ran a successful viral video campaign? Do share your tips and questions in the comments box below! 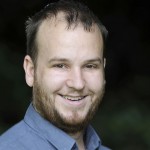