Wow, what an exciting few weeks of tennis we’ve had!

Rafael Nadal beat the world number one Novak Djokovic in a five set thriller in the semi finals of the French Open, before beating fellow countryman David Ferrer to win a record eight French Open titles. Then, after missing the French Open due to a back injury, our boy Andy Murray claimed his second Queen’s Club title against last year’s winner Marin Cilic.

Everyone is now very excited about Wimbledon, with men’s final tickets trading at around £3000 each after Murray’s win at Queen’s! With Wimbledon tickets out of reach for most, many fans will be following the games on TV and the internet.

Now being a bit of tech geek, I’m always interested in the social media strategy for big sporting events and how organisers use social media campaigns and technology to engage audiences and ensure as many people as possible can follow the tournament progress. 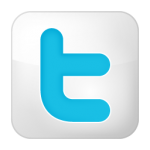 Wimbledon 2013, which runs from June 24th to July 7th this year, has announced that it will be installing the ‘Twitter Mirror’, giving fans live and exclusive access behind the scenes at Wimbledon.

The mirror acts as a giant camera, taking pictures of those who pose in front of it and sharing the photos through Wimbledon’s official Twitter account @Wimbledon accompanied by the hashtags #TwitterMirror and #Wimbledon. It will be situated in an area where only players will have access, so Wimbledon’s Twitter followers will see only the best quality photos.

The wall is a great example of how sports event organisers are thinking more broadly about their social media strategy to include innovative technology-driven social media campaigns to enhance the tournament experience for fans.

I also do sports website design and development and can advise on how social media can be integrated with your website to drive traffic and convert sales.