Teenagers and social media: which platforms are beating Facebook for teen attention?

Although Facebook remains teens number one social network, tech-savvy teens are looking elsewhere for social media tools that allow them to share their videos and photos online. According to a survey conducted by Piper Jaffray, investment bank and asset management firm, only 33% of teenagers consider Facebook to be the most important social network — 10% fewer when compared with last year.

And it’s not just Facebook’s predominant competitor Twitter causing the “teenager problem”. According to the same survey, 30% of teenagers consider Twitter to be the most important social network. But that still leaves 40% of teens – so what are they using? Facebook usage is declining, but not because thousands of teenagers are flocking “en masse” to a particular social network, but because there is a variety of applications that they are using.

A targeted and integrated social media strategy should identify which social media platforms your target audience uses, then plan innovative campaigns to utilise them and build engagement with your customers. If you target teens, then this blog will help you explore the channels where you can reach them.

Facebook retains its popularity because it allows teenagers to engage with friends and acquaintances. However they are conscious that their parents are watching what they do online and teens DO think about their privacy when using social media.

Teens are looking for a place they can call their own. And, fortunately for them, their relatives are usually not using sites like Snapchat, Tumblr, Pheed and Vine.

Additionally, teenagers can represent a rather fickle demographic with short attention spans —Facebook timeline stories can be long and what they really want is a platform which enables instant sharing and gratification using visual tools. Teens are moving towards quick and easy messaging services in place of social networks that require detailed profiles.

Snapchat allows users to exchange customised photos with their friends, which, by default, get deleted a few seconds after viewing them. 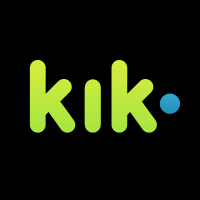 Kik is a fast, simple and personal smartphone messenger system. Instead of sending emails and texts, users can exchange videos, sketches, smileys and more. Perfect for our current “meme culture”, Kik lets users search for and share memes, images and YouTube videos. Kik had 30 million users in 2012.

Pheed allows users to share all forms of digital content — links, images, videos, audio files and live stream events. Posts are limited to 420 characters. Teens are responsible for Pheed’s quick growth, pushing it to number one on the iPhone app store in the social network category. In fact, 81% of Pheed’s user base is between 14 to 25-years-old. 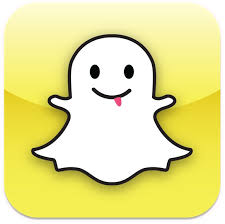 This messaging service allows users to send photos, videos, texts and creative drawings to a regulated list of people. Photos get destroyed soon after they have been received, giving Snapchat users an illusion of anonymity, although there have been recent issues with photos being screen-grabbed and shared elsewhere – whereas Facebook has everything you do documented in the form of a timeline for almost everyone you know to see even three years later. At the beginning of the year, over 60 million photos were being exchanged daily on Snapchat (which is even higher than Instagram, at 40 million photos uploaded each day!)

People under the age of 25 make up the majority of Tumblr’s user base, and it’s not surprising considering this blogging platform relies heavily on imagery and short posts, which are more likely to hold the attention of this audience.

Tumblr culture is based on memes that relate to various topics, such as photography, fashion and pop culture. Though in Piper Jaffray’s survey only 4% teenagers consider Tumblr to the most important social network, Tumblr users are much more engaged with the site — reading and posting content about things they care about for hours — than on Facebook. This is obviously a big issue for Facebook that relies on its users spending hours on the site, updating their information, sharing content, and (of course) seeing advertisements.

Simply put, Vine is like Instagram for videos. Users can create short, looping videos that can be instantly shared – perfect for the teen demographic that seems more interested in applications that support creating visual content without investing too much of their time. According to business journals, “Vine is doing to YouTube what Twitter did to Blogger” by simplifying the media publishing process. It may have only been around for a few months but Vine has already risen to #1 in the app store.

Facebook is trying everything in its power to respond to changes and streamline its newsfeed and ads process, to make sure it’s not the next MySpace for example, making users’ news feed more visual. Only time will tell if its strategies will be successful. For now, however, it is safe to say that significant changes are taking place in the online networking space as social media tools and platforms change and improve, and that teens are using several social networks besides just Facebook.

Are you considering other social media platforms to reach your target audience other than Facebook? Have you had success on these emerging channels or are you unsure how to include them in your digital communication strategy?

Would you benefit from some social media training to help you or your employees stay on top of recent technology advances?

I also do website design and web development, as well as offer social media training to help you understand social media strategy, and can advise on how social media can be integrated with your website to drive traffic and convert sales.

For more information on how to maximise results from your digital marketing, sign up to my blog to receive expert tips delivered direct to your inbox every week or contact me directly on 011 33 20 21 21.