Amazon Go and 5 other futuristic innovations 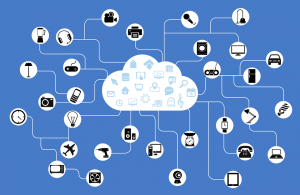 The whole concept of the internet of things and connecting the online and offline worlds together, which we wrote about early last year, has now moved on from just digitally-connected ‘smart’ devices. With the recent announcement of Amazon Go, Amazon may have just made one of the biggest technological advances in a long time. The online retail giant has taken a massive step into the universe of supermarkets, in a way that only someone like Amazon could do – combining the online world with the offline world.

The integration of online and offline, such as the increase in smart home technology, seems to be becoming more prevalent, and the future is becoming more and more of a reality with each day that goes by. After Back to the Future Day happened in 2015, and a ton of tech that we could only ever have imagined a few years ago – such as virtual reality, hoverboards and self-tying trainers – were all made a reality, it seems like only a matter of time until we’ll be living in the world of ‘the future’.

Inspired by some of these new technological advances, we take a look at Amazon Go and 5 other futuristic innovations:

Amazon Go is powered by ‘Just Walk Out’ technology, which automatically detects when an item is picked up from or put back on a shelf, and keeps track of it all via a virtual shopping cart. The use of computer vision, sensor fusion and deep learning make this experience possible, meaning you can simply leave the store as soon as you’ve picked up your products – completely getting rid of the need for checkouts! To see for yourself how this actually works, take a look at this video or visit the flagship store in Seattle, when it opens in early 2017. 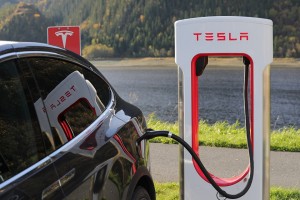 cars, with Tesla producing cars, that are commercially available, with some self-driving features. It seems like only a matter of time now until fully-functional self-driving cars will become available to the public.

Back in 2014, scientists at the University of Rochester, in New York, discovered a way to hide objects from sight – theoretically making them invisible – using inexpensive and readily available lenses. Whilst it’s not yet the invisibility cloak from Harry Potter, it really is a step in the right direction – and it can be put together for around $100. For those of you who are interested to see how this actually works, here’s a short video.

Wireless electricity is something that has massively come to light in 2016, with brands like Samsung releasing wireless phone chargers. It works through the use of a coil of electrical wire which generates a magnetic field when power is attached, then, if another coil is brought close, an electrical charge is generated. The magnetic fields used to transfer the energy are similar to those used in Wi-Fi routers, meaning they are perfectly safe! This technology is 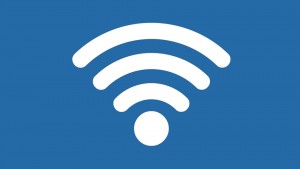 expected to be experimented with a lot in the coming years, with companies such as WiTricity working on creating wireless-electricity-powered homes.

Following the appearance of one in the 1965 James Bond film, Thunderball, jet packs have become one of the long-running obsessions of humanity. After failed attempts by Google, and other companies and individuals, functional jet packs have slowly begun to surface over the last year or so. The technology is still not available for commercial use – at least not for an affordable price for the majority of consumers – but is well on its way to finally being ready.

With all of the recent advances in healthcare, such as the first true anti-ageing drugs and plans for the first human head transplant, it was only a matter of time before mind controlled prosthetics would become available. With technology like this now slowly becoming even more advanced, it’s not too crazy to imagine opening a fridge with the power of your mind, in the near future.

It’s great to see that the digital world is heading in the right direction and it’s exciting to imagine what the next big futuristic innovation will be. Remember that things don’t always go as smoothly as some of these innovations have done, as this amusing Twitter account points out!