Virtual reality and augmented reality in education: The pros and cons 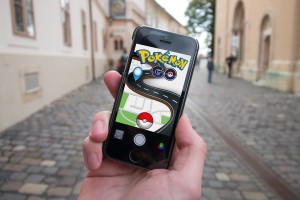 Virtual and augmented reality are becoming increasingly accessible and integrated into our everyday life.

Gone are the days when virtual reality was simply “a thing of the future” or something we could only watch others playing with through the internet.

The gaming industry has been quick to integrate VR and AR. And gamers have lapped this up as seen through phenomenons such as Pokémon Go. But gaming is just the tip of the iceberg.

Virtual reality and augmented reality are now being incorporated into research and education. When VR/AR is being used in schools across the world, this adds a whole new dimension to learning.

As you’d expect, there have been many debates and discussions surrounding whether or not virtual and augmented reality are appropriate for education. What do you think?

Here we look at some of the advantages and disadvantages of using virtual and augmented reality for learning:

It is essential to equip students from a young age with essential skills, relevant to succeeding and adapting as the digital age continues to evolve.

MarketsandMarkets’ report predicts that the virtual reality market will grow to approximately $4.5 million, and reach over 25 million users by next year. This huge growth in such a short time frame indicates why students need to be confident using virtual reality and augmented reality, as there is a lot of potential for their products outside of the gaming world.

Students become immersed in their learning 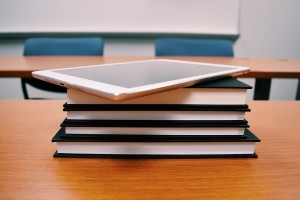 By making the learning more engaging, studies have identified that virtual reality can also be used to engage those who have previously lacked confidence in education or struggled to become involved. This can be really beneficial as emotional rewards are a huge and invaluable incentive for students, which can encourage studying even more.

But as much as virtual and augmented reality are becoming more integrated into everyday learning, is there a danger that students will become too dependent on learning interactively, and become less engaged in traditional teaching methods?

Virtual reality is increasingly being used in medical schools and other similar settings as a means of education and instruction. It enables medical students to acquire knowledge and understanding about the human body by means of interaction within a virtual environment in which no patients are at risk.

Allowing medical students to perform procedures in a controlled and safe setting provides invaluable experience and saves lives! They can make mistakes without consequences, learn from those mistakes, and apply the skills they learn in real life situations.

As virtual and augmented reality are becoming more and more common in schools, is there a risk that this will harm 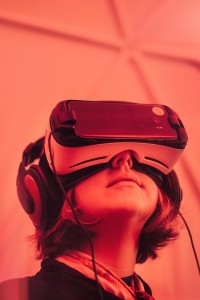 Some studies suggest that mobile phones are negatively affecting the social skills of students – could the same be true for virtual reality? By reducing situations where students will be working alongside their peers, will this affect preparing them for further education, their careers and becoming business leaders?

The power to reduce bullying

Although there may be concerns as to whether or not virtual and augmented reality can harm children’s social development, there have been cases of the complete opposite. Teachers have seen some children who may be quite shy, but “tech savvy”, become accepted by their peers as they’ve had the opportunity to teach them skills. It’s a great tool to get every child working together and can help teach people the benefits of working as a team from an early age.

What are your predictions for the future of virtual and augmented reality? Have you used VR/AR as an immersive tool to boost engagement and interaction with your website, apps, games, events or marketing campaigns?

We’d love to hear your comments and tips!