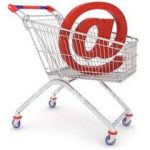 Almost every type of communication now has a digital element to it. This is particularly crucial in retail where we are currently seeing a major shift in consumer spending habits from offline to online.

A few years ago fashion designers would not have entertained the idea of putting their precious collections on the internet, but today it has become the be all and end all. Without a digital element to your campaign, it’s almost worthless.

For many shoppers in today’s ‘want now, buy now’ culture, the ability to web browse and buy on the move via phones, laptops and tablets is the perfect antidote to busy lives. Therefore if retailers want to measure up to their competition, they simply must have an online presence.

Today’s business buzzword is ‘user generated content’ (UGC). In other words, retailers want to get consumers to help distribute their stuff around the net and tell other consumers how much they like it – public endorsement is so much smarter than taking out an advertisement and simply hoping that it reaches the target audience.

Undisputedly, shops offer that touchy-feely, face-to-face element that many consumers like and want; however, the power of the Internet can’t be overlooked.

To make online shopping appealing, many retailers are investing heavily into their online and social media presence, and by doing so they are able to bring the brand to life, make the websites incredibly engaging and offer a hassle free service at the click of a button.

It’s not surprising, therefore, that there has been an extraordinary growth of online sales, which reached some £56 billion last year and are predicted by the retail observers IMRG and Capgemini to grow by 110 per cent in the next decade.

The most major growth is coming as the result of larger retail stores and websites putting more money into their online marketing, mobile marketing or what is currently being referred to as “omnichannel” or “multichannel” efforts. These efforts are all geared towards promoting e-commerce shopping and making consumers more comfortable with buying online.

Author of the report and Vice President and Principle eBusiness Analyst for Forrester, Sucharita Mulpuru, wrote, “Online retail’s growth will outpace that of physical retail stores.” She goes on to say that, “As a result, stores will continue to lose wallet share to web retailers.”

As consumers became savvier at shopping online, the research showed, consumers will move from smaller and more inexpensive items like music and movies to more substantial and expensive purchases like furniture and appliances.

And social media will have a massive part to play in this growth. The impact that it will have on the way people shop, and as a result the impact on a retailer or brand’s bottom line, is set to be huge. In fact, new research from eBay estimates that in the next two years the value of social media for retail will more than double from £1.5bn to reach around £3.3bn.

The research predicts that UK retail sales directly via social media are forecast to grow to £290m by 2014 from £210m (a rise of 44%) as more and more retailers target consumers with personalised offers and deals on social networks.

However, the real value from social media will come from the way it is used to influence and inspire purchases, with £3bn of retail sales predicted to be influenced by social media by 2014. Nearly half of social media users are already using social platforms while thinking about making a purchase, and a similar number of users are actively deciding what to buy based on what they have seen on social media platforms, including reviews and recommendations.

Online fashion retailer, ASOS, has previously had success by previewing their summer sale through a Facebook application. The application allowed fans to play a series of games that meant players with the most points went to the front of the virtual queue and could access the sale first.

Supported with Facebook Ads and Sponsored Stories the campaign saw 174,000 people join the virtual queue, more than 1 million views of the application and ASOS’ fan base grow by 32%.

In conclusion, retailers simply must invest in to their digital communications to keep up with the competition let alone ahead. It’s naïve to think that a website is simply just another avenue to sell your wares. The research I’ve referred to above shows it is in fact THE platform, growing rapidly in popularity and generating huge income.

Consider also the wider digital communication strategy, keeping Facebook, Twitter and Pinterest updated to allow for consumer interaction and a personal interaction with the brand – not always possible on websites.

Want advice on how to convert more sales on your ecommerce website?