5 retail brands that are winning at social media for ecommerce 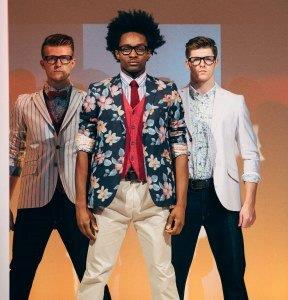 I love being amongst retailers and talking to retailers. Retail and ecommerce are personal passions of mine, ever since my retail days on Leeds high street. So I was delighted to be invited back to another event by Moda UK, which hosts the UK’s largest independent fashion industry retailer conference.

Read my retail story and my ‘Blogging for ecommerce’ talk at Moda UK last year.

[View slides and video at bottom of page] 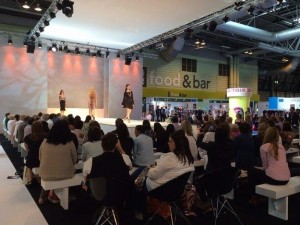 As the core of the UK’s fashion trade scene, Moda has become the ultimate destination for domestic and international brands and buyers seeking the latest independent fashion. For the effective social media seminar, the audience was spilt between suppliers and retailers, but it was also nice to see some press and bloggers attending too! 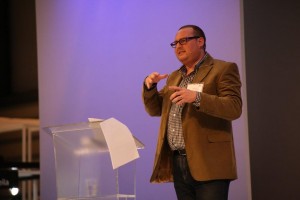 I began the seminar by going through some online retail facts and statistics.

The last 12 months in digital (milestones achieved in 2014):

Research by GlobalWebIndex suggests that the average social media user spends 2 hours and 25 minutes per day using social networks and microblogs, with Argentinian and Filipino users registering the most, at more than 4 hours per day.

What percentage of the population bought something online in the past month? Here are the top 4 countries for ecommerce sales:

At the other end of the scale: despite their high mobile use, South and Southeast Asia lag when it comes to e-commerce, with data suggesting barely 14% of Indians bought something online in the past month. Similarly, fewer than 1 in 5 Thais and Filipinos used e-commerce in the past 30 days.

So which brands are winning at social media for retail and ecommerce? Below are five brands that really stand out… 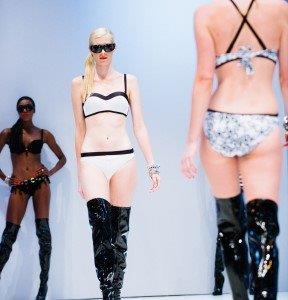 I  looked at how Topshop use social media to promote themselves online. They:

I pointed out that we should be considering selling internationally. For example, India has just reached its tipping point where shopping online is now something people consider, so there is a market to tap into.

It is also important to bring the online and offline experience together.

John Lewis and M&S use Facebook check-ins to give free coffees in their café. This drives people through the store and ultimately people make additional purchases, they don’t just have a coffee. In addition, their online check-in reaches a wide audience online.

Greggs and the ‘secret hashtag’

Greggs were launching their new coffee brand in their stores. But instead of using their name to power their campaign, they did the opposite and removed their branding from the campaign. The amazing results meant the Greggs campaign made it into the econsultancy ‘10 best social media campaigns’ last year.

The brand took to the streets of seven cities across the UK to offer up a blind taste of its coffee, asking people to compare the coffee to
their usual cup in a survey.

The participants, who were also filmed for the activity, were encouraged to guess the brand behind the blend via Twitter using the hashtag #TopSecretCoffee. The next day, the brand was revealed and they were all sent a voucher to get a free coffee.

This is a brilliant example of how social media can be used to reposition a brand.

Tony Hawk and the hidden skateboards

This is quite a cool example from pro skater Tony Hawk. Tony occasionally hides skateboards in random spots then posts a photo of the landmark with a clue as to the location.

If his followers recognise the landmark and can get there before anyone else then they can pick up a free, signed board.

The importance of Omnichannel

And finally, I talked about the importance of retailers creating a coordinated omnichannel presence to amplify their campaigns and achieve the biggest reach.

This topic was also highlighted last year by Ann Summers and Knickerbox CEO, Jacqueline Gold, in her Brand Yorkshire 2015 talk on how retailers can win the digital and social media revolution.

Later in the day, I chaired a panel on digital marketing for retailers. 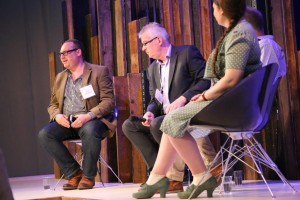 The digital marketing panel brought together the following digital experts:

Liz is an e-commerce enthusiast and commentator, and a design expert by trade. She spoke about the importance of user experience (UX) prior to designing and developing a website. She is an expert in the interactice wireframe software and mockup tool Axure, and talked about how being strategic prior to design and developing can save a lot of money and really increase conversions.

Jim is a marketing strategist and an expert on business and Accelerated Growth. He spoke about how important disruptive marketing is, but noted that the key to success is to be engaging too.

Michael works with retailers and his company delivers a multichannel stock management solution. He talked about how omnichannel selling offers lots of opportunities, but that delivering your campaign promises is vital and relies on effective stock management. All channels must have live data at all times, to avoid overselling and reduce administration time.

Here are some of the questions I asked the panel:

What do you think? I’d be interested to hear your thoughts on these questions – and I’ll share and respond to the answers in a future blog post.

The slides I used can be viewed below or on Slideshare.

Watch a video of the event below or on YouTube.

Please share your comments and answers to the questions in the box below.

For weekly online selling advice and digital marketing tips, sign up to our blog.

Contact us to enquire about Jonny Ross appearing as a digital marketing speaker at your event. 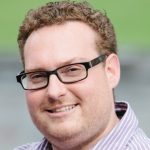