My Experience of Buy Yorkshire 2018 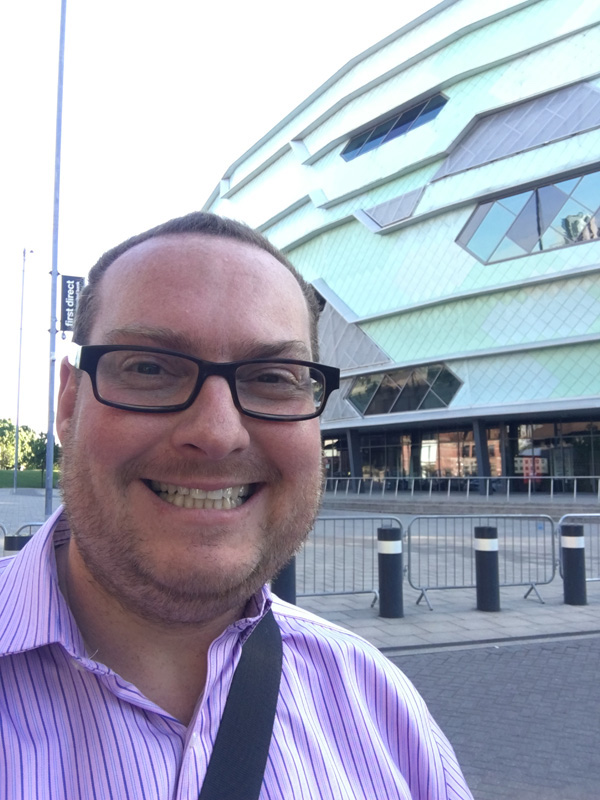 I was one of many attendees at The Yorkshire Mafia’s annual ‘Buy Yorkshire’ event at the First Direct arena. It is now the North’s biggest B2B conference and exhibition with over 200 stands and 4,000 registered delegates.

It was very exciting to be at this enormous new venue; I arrived there at 8.30am on the dot, and there was already a queue to get in! It was great to see some familiar faces, but also lovely to meet some new contacts too. Here are some of my highlights from the day: 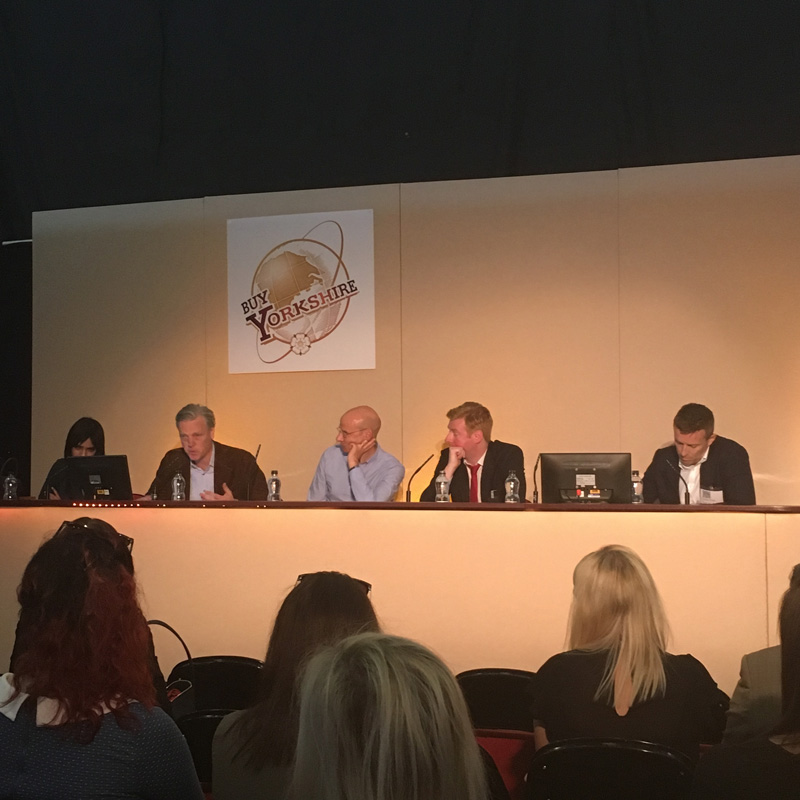 The Importance of Truth in Journalism

One of the first sessions I went to was a debate on ‘The Importance of Truth in Journalism.’ With the explosion of social media uptake and the democratisation of communication, the discussion focussed on the spread of “fake news” and whether it undermines journalism.

Recent research from the ‘Edelman Trust Barometer’ shows that “trust in ‘traditional’ media is up 13% points to 61%, illustrating that the consumer is returning to trusted news brands which deliver the ‘Art of Truth’.”

The discussion was hosted by Simon Price of MediaCom Leeds, with distinguished journalists David Conn (The Guardian), Robin Ragnamenta (The Times), Mark Casci (The Yorkshire Post) and Dia Chakravarty (The Telegraph).

The topic of a ‘digital paywall model’ – introducing payments to access online news – was fascinating.  It’s quite a hot topic in journalism, from a business and an ethics point of view. The Times introduced a paywall some years ago, and when probed, Robin Pagnamenta said that it was “sort of working,” which doesn’t instil you with confidence as to its success. Their daily multi-platform reach is just short of 1.4m.

The Guardian instead opted to maintain freely accessible news and so has gathered an enormous following and has a daily multi-platform reach of nearly 4.6m. Mark Casci at the Yorkshire Post went on to say that in his opinion “The reality is, if people don’t pay for journalism, it goes away.” I must say I strongly disagree with this sentiment. It was just this approach that led to the demise of the likes of HMV and Blockbuster.

Using the examples of Netflix and Spotify, the only reason these organisations work well is due to consumer demand. You can stream films illegally, and you can download music illegally, but the reality is, it’s not the easiest things to do, and it’s not the best quality. However, the news is a different beast. If stories cannot be accessed via traditional platforms, there are plenty of other alternatives and trusted sources instead.

The media needs to align itself with the demands of the consumer and the marketplace. In my opinion, engaging audiences through brilliant platforms and top-quality content should drive traffic, consumer trust, and lead to advertising revenue instead of a reliance on a paywall approach. 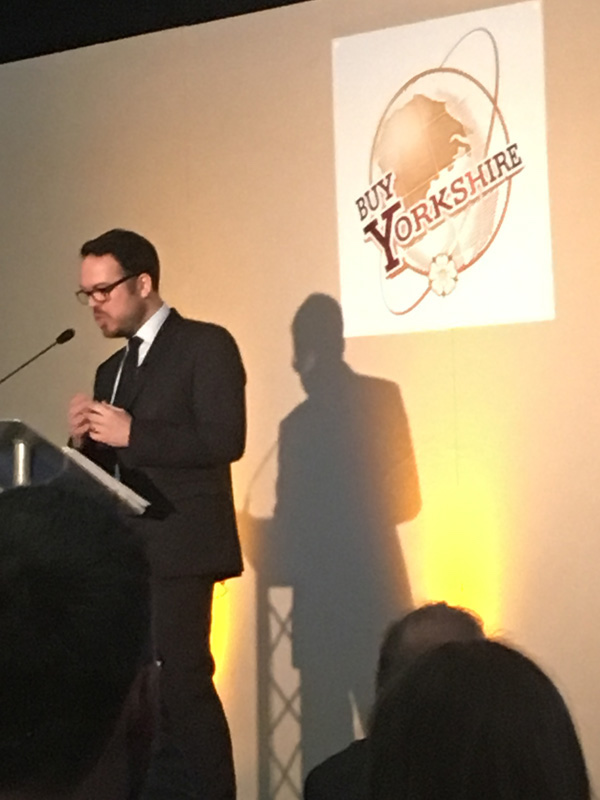 After this session, I went to the ‘Digital at Downing Street’ seminar by Chris Hamilton, Head of Digital Communications for 10 Downing Street and the Cabinet Office. A former Leeds alumnus, Chris spent some time talking about his career, gaining experience at private and public organisations including the BBC, before taking up his current role.

Chris stressed that in his opinion, communication is “craft more than art” and talked about the years it took for him to hone his skills in the field. Contrastingly, he said that you don’t always need to be a specialist at everything. His tip for finding news angles across any sector or event was simply “listen out for anything new.”

Pertinent audience questions followed around the requirement for absolute impartiality in his department and how it differs from the digital work undertaken by the Conservative Party. He was also asked if he would take up the same role in the U.S. “Ask me again if I get a call from Washington!” was his diplomatic response!!

Two interesting facts here. Chris stated that six-million people in the UK have never even used the web which is an incredible figure. Also, it takes 1.7 seconds to attract attention on Facebook, so whatever you do here, it has to be eye-catching, short, and sharp, and about getting out of broadcast mode and understanding the consumer’s environment.

It was great to bump into one of my clients at the event – Justin Phillips, Head of Marketing at White Cross Vets. He fed back on a session he had attended by Sara Varni, Chief Marketing Officer at Twilio on the future of consumer engagement. One fact he took away from the session was that SMS is five times more engaging than email, which is an interesting statistic.

However, the biggest thing that he walked away with was Sara’s point that often organisations are held back by their legacy IT systems, something that resonates with me. In my experience, it’s absolutely the case that the barriers impeding projects and productivity can often be linked to either IT departments or organisational IT systems – from universities to large businesses in the city.

It really is about spending money and putting resources into IT to make sure that you are in a position to be able to understand your data and use it more effectively, especially in your marketing strategies. 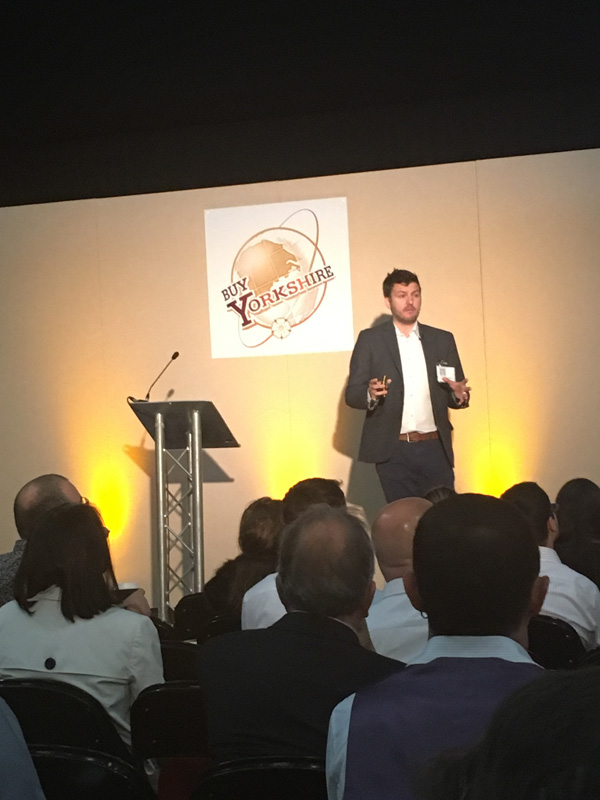 I’ll end this blog by talking about the session that I found the most insightful, which was, in fact, one that started the day. James Whatley, Planning Partner at Ogilvy, discussed Digital Trends in 2018 and noted several digital developments that have become prominent over the last few years:

He then went on to highlight four key digital trends to watch out for in 2018:

Augmented Reality (AR) gets real – 2018 is the year that brands and consumers will start to create and use augmented reality. Snapchat is leading this with “geofences” and “bitmojis.” For anyone interested in AR, some software worth explore includes Lens Studio for Snapchat, AR Studio for Facebook,  ARKit for iOS, and AR Core for Google.

The end of typing –  voice and image use is becoming commonplace. You can find out more about voice search on my blog ‘How Voice Search Will Impact on Business in the Next 3 Years.’ Here I look at the current landscape of voice search and how to win at voice search in business.

It was great to hear James echo what I’ve been saying, that now is the time to get ready for voice search in business and take advantage of the sizable opportunities open to early adopters. If you want to explore this further, James suggested trying something called Dialogflow software for Google.

Influencer marketing – this has become a hot topic again, from Instagram Stories and disposable content to WhatsApp updates getting real traction in the younger generation. Top tips from James were to ‘compensate don’t overpay,’ to ‘follow the rules’ with, for example, #ad on posts, ‘protect authenticity at all costs’ and lastly ‘co-create don’t instruct.’ Watch out for my blog on influencer marketing over the next few weeks!

Amazon awakening – here James discussed Amazon as the next big digital platform. Currently, there is a digital duopoly with 84% of online digital spend with Facebook and Google, but the Amazon Display Network is set to become the next big player.

I asked James the question: “What if you are a small business with a small budget, where would you spend your money?” James suggested looking at Dennis Yu website and in particular the $1 per day marketing programme.

It was great to be back at Buy Yorkshire again, and I look forward to gaining new industry insights during business week later in the year. 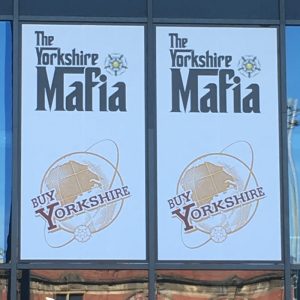