Wow, what a fantastic two days! I’ve just got back from Buy Yorkshire – the annual Yorkshire Mafia conference. Taking place at The Royal Armories, this is  the biggest B2B conference in the North of England, attracting around 5000 delegates, a terrific line up of speakers, 2 large exhibition halls and over 170 exhibition stands.

The event was so much fun! There were some amazing exhibitors, including: Virtual DCS; Armstrong Watson (the best accountants in Leeds IMO) and DMN Design Build.

It was also great to catch up with Skill Will – an initiative that matches volunteer business people with organisations that need (but can’t afford) assistance.

I already do a lot of charity work but am now really looking forward to doing some more after having talked to Skill Will.

It was also great to finally meet Mark Evans from Better Telecoms in the flesh – he shared with me his plans for orchestrating the Huddersfield Huddle for Yorkshire Mafia.

I’m putting together some more in depth blogs on my insights from the day, but in the meantime I wanted to give a brief overview of some of my personal highlights.

I was delighted I chose Rob Wilmot’s talk to commence proceedings, as everything he was saying was spot on, it confirmed my thoughts and what I preach! I’m going to cover his talk in much more detail in another blog, but briefly: he discussed the importance of social media, how its use is growing and becoming ever more important, and that businesses need to get on board and start engaging as those who haven’t are already falling way behind.

I then went on to see Alastair Campbell 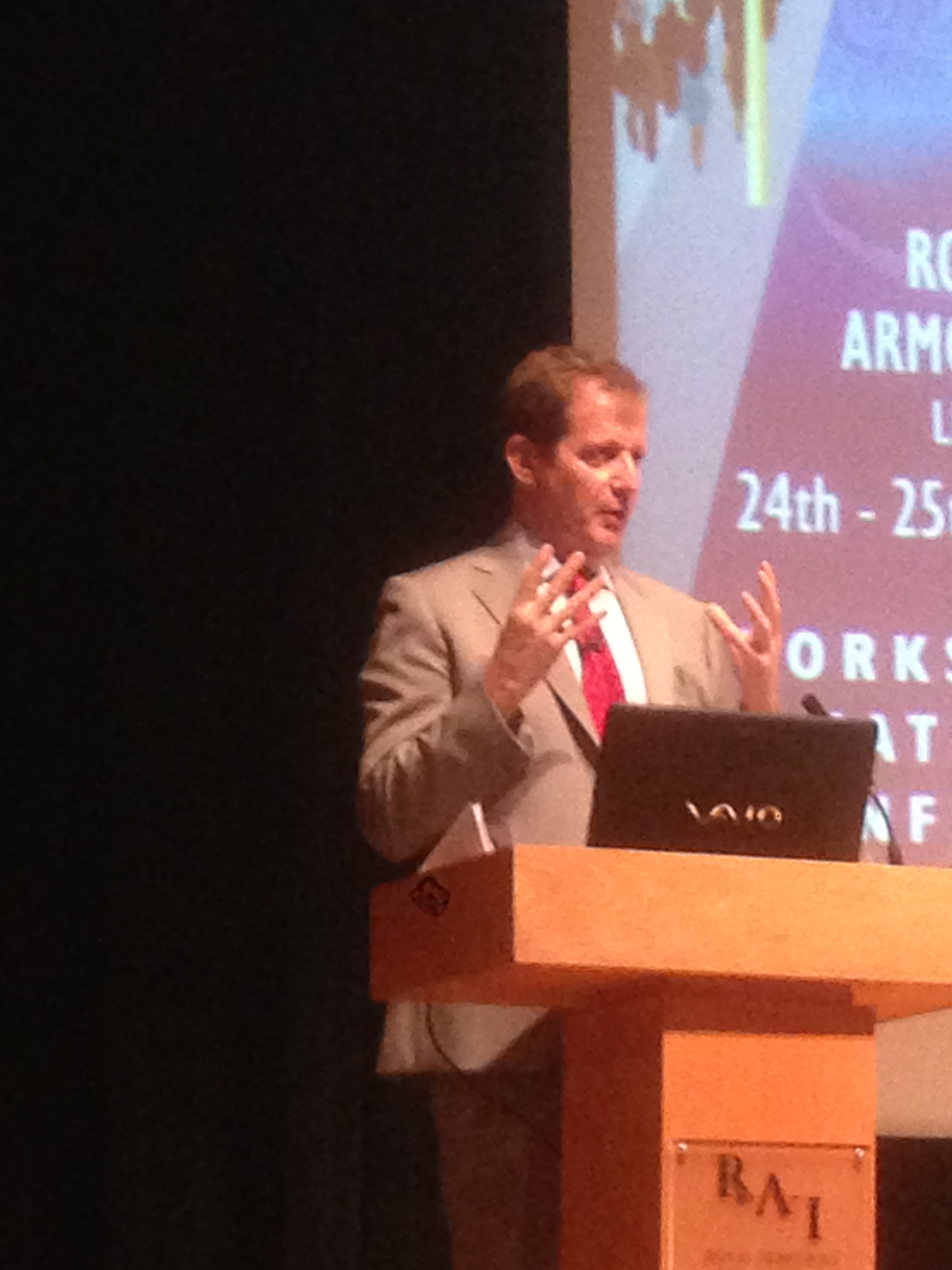 He led a very personal and inspiring talk on mental health and he was extremely open and honest about his personal journey through mental health problems. He came with a great agenda and it was heartening to see how his talk gave a couple of audience members the confidence to stand up and talk about their own experiences of mental health issues. Statistics say that one in four people experience will be affected by mental health issues. Alastair is one of many celebrities who have now shared their experiences as part of the Time to Change campaign and I really hope it leads the way to better acceptance.

He said this conference was the first time he’s ever spoken and the questions were about mental health and not political.

I had a pre-prepared question about PR and spin doctors for him, but his topic around mental health was so engaging that I changed my question to:

Do GPs have a role to play in moving mental health towards this tipping point?

He said there’s good ones & bad ones some are amazing but they need support.

He later signed my book 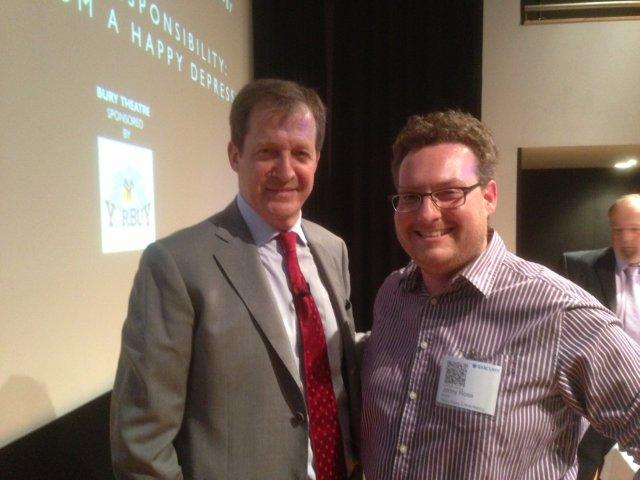 I asked him the question later when I met him in person – who had more control: the politicians, the spin doctors or the media – he said Tony Blair!

Another highlight was meeting my hero: Captain Yorkshire! The mascot for YORBUY 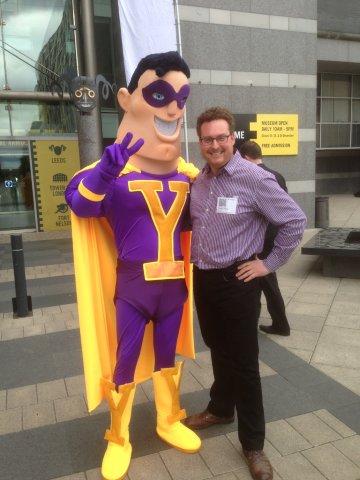 Then saw Russell Gould Head of Business at Wonga

For the past 10 months Wonga have been offering businesses up to £30k on short term loans – with an online decision in less than 15 mins.

Wonga looked at the markets – looked at which sectors were digitised and which weren’t, saw that banks haven’t yet been successfully digitised (in the same way that retail, music etc have been) and saw a gap in the market.

They have successfully digitised the decision process to allow businesses quick access to finances in a way that hasn’t been seen before.

Then I met Victoria Tomlinson and had a fantastic strategic meeting about my work with Northern Lights and our free seminar at Yorkshire Business Market on Monday (book on it now, I believe ours is the most popular!)

That brought to an end an incredibly busy but very exciting day at Buy Yorkshire – I then went home to another kind of crazy busy: my fiancee, children and newborn baby! Time to change to my role as head cook and cleaner for the day!

Watch out for more on this, and make sure you subscribe so you don’t miss my future posts! Also let me know what your highlights of the conference were below!