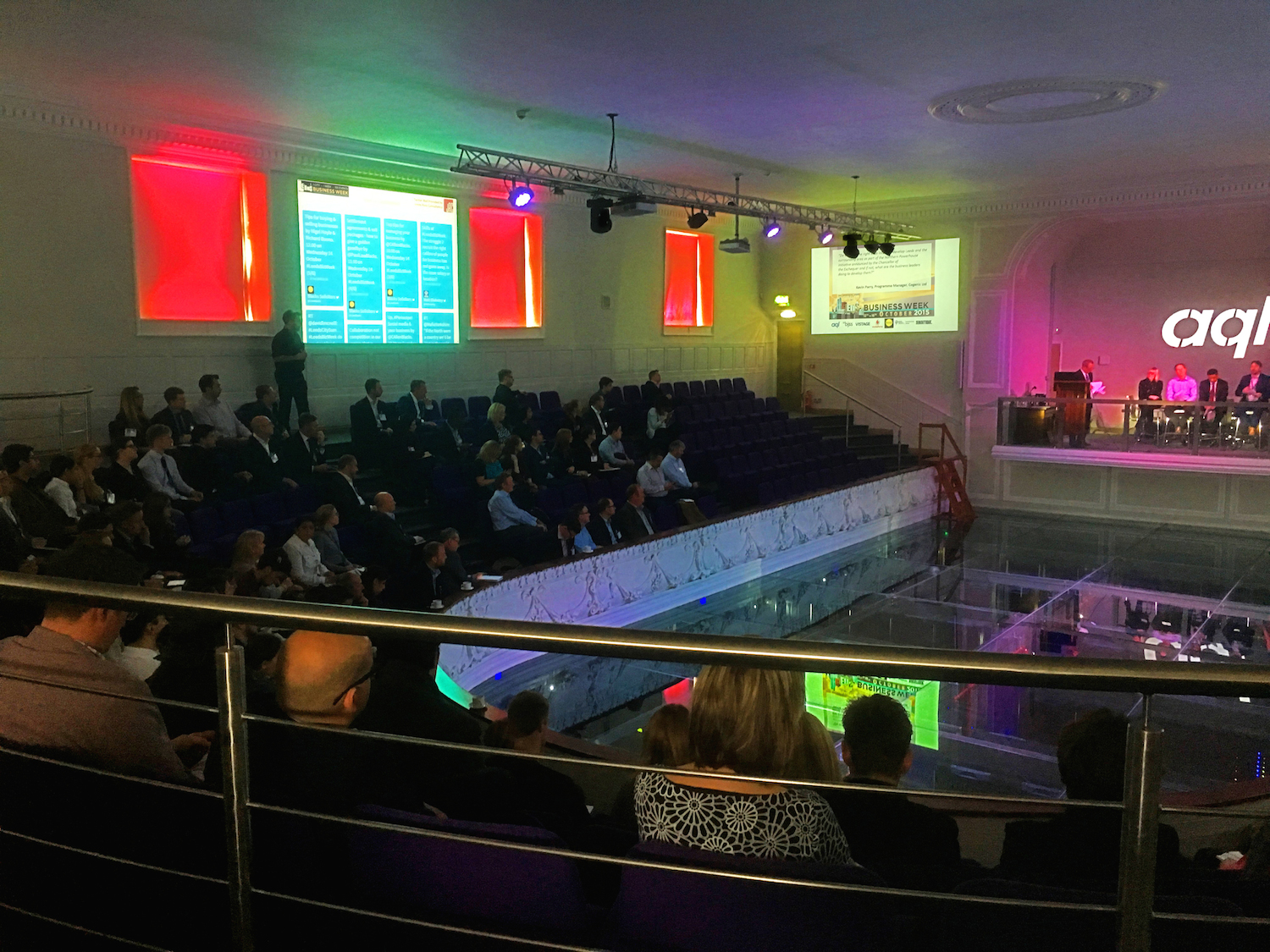 The UK’s biggest business week returns this week. Leeds Business Week is a week-long programme of over 100 events dedicated to the business and wider community across the city, attracting delegates and contributors from across the Leeds City Region and beyond.

Next, international law firm Needle Partners were asking ‘How accurate are your business predictions? While over at Clarion Solicitors, Bernadette Speight talked about ‘Businesses creating social impact’

Client Marketing followed at The Enterprise Foundation sharing tips on ‘Successfully Marketing on a Shoestring’ then We Cultivate hosted a webinar on ‘How to facilitate more engaging and effective meetings. 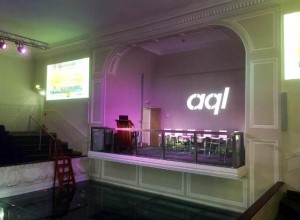 Getting ready for #LeedsBizWeek 15 Monday panel debate at aql

As previous panels at Leeds Business Week have been so lively, I was looking forward to the pre-lunch Leeds City Summit at Salem Chapel. In the style of BBC Question Time, a panel of leaders from both the private and public sectors discussed a variety of topics including the Northern Powerhouse. 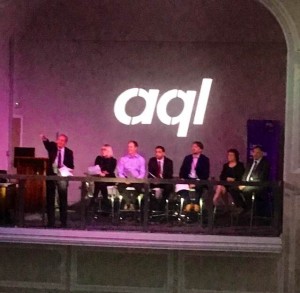 Following the announcement about the approval of the Sheffield City Region devolution deal (the “2nd city” in the “Northern Powerhouse”), a question was raised about what this means for the rest of the region.

The panel believed we shouldn’t be fighting against each other, that we should be united and collaborate. In terms of economic power, we’re up against the might of London and therefore the Northern cities should be working together rather than competing with one another.

“If Leeds was a country, we would be 21st in the world in terms of economic performance” – Cllr Judith Blake 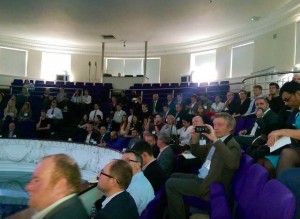 The panel responded by saying interest rate rises are not really the biggest issue. The biggest issues for businesses in the North are tax and the skills shortage. There’s a big skills gap, particularly a lack of digital skills to meet current and future business needs.

Both Richard Flint and Professor Paul Smith both spoke about how they lose a lot of candidates to London.

A big majority on the panel believed we should be shouting much louder both about what skills there are in the North, and also what benefits there are for people to stay in the North. 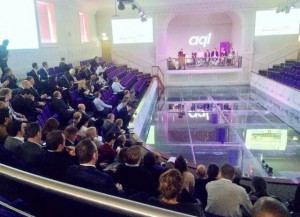 Someone from the audience asked a question that was also on my mind: that’s great, but what about SMEs?

My experience and what I’ve found talking to my colleagues is that interest rates can actually make a big difference.

In response, Asif Ahmed highlighted the launch of Finpoint in the UK. Delivered as a partnership with Leeds City Region Enterprise Partnership (LEP) and PwC, the platform identifies appropriate funding opportunities for SMEs via a questionnaire, putting SMEs in touch with relevant funders and investors. (70 UK lenders have signed up).

“Finpoint is a proven platform which we have adapted to the specific needs of UK SMEs seeking funding,” commented Finpoint CEO Rainer Plentl. “The platform allows SMEs to be in control of the process of finding finance and gives them access to alternative lenders, including crowdfunding platforms, and existing funders such as banks and challenger banks that operate in specific niches of the lending market.”

Finpoint will complement other SME services already provided by LEP and its partners to stimulate and support small business in the Leeds region. This includes the £17.5m funding for businesses through the Leeds LEP Skills Service, for which jrc.agency is an approved supplier.

The issue of the lack of a “Leeds brand” came up again. Cllr Judith Blake summed things up by saying she believed the strength of Leeds is its diversity but what we need moving forwards is “a strong economy in a compassionate city”.

The Monday afternoon of Leeds Business Week 2015 was kicked off by Chapter 3’s ‘The Rise of the Olderpreneur’ at West Yorkshire Playhouse, inspiring mature people to put their business ideas into practice.

Creating mentally healthy workplaces followed next at Round Foundry Media Centre, hosted by Mindful Employer Leeds (led by Leeds Mind and WorkPlace Leeds). And in the evening at The Rose Bowl, Angel of Youth organised ‘The community angel workshop’, asking businesses to “work in partnership with communities and support the personal and social development of some amazing young people.”

All in all, a good first day. It was nice to see so many new faces, as well as some old favourites, including Mark Evans from Better Telecoms (@bettertelecoms) and David Israel (@DavidJIsrael) from Leeds City Council, plus Geoff, Becky and the team from Yorkshire Mafia (@MafiaYorkshire)

If you are going to Leeds Business Week this week, be sure to tweet using hashtag #LeedsBizWeek and your tweet will be featured on the public Twitter wall – NEW for this year! 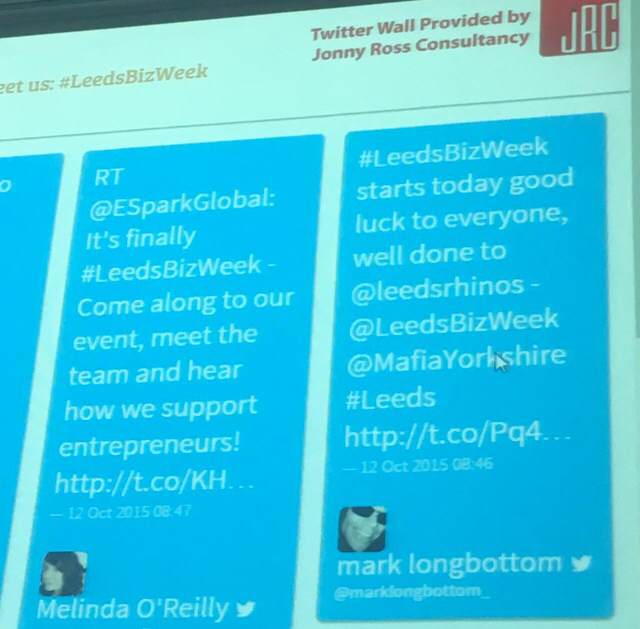 Today was a great success, and #LeedsBizWeek was trending

Look out for the Twitter wall at The Leeds Club (@TheLeedsClub) on Tuesday and Wednesday, and at the networking lunch at Bibis on Thursday.

Tweet us @jrconsultancy and let us know your #LeedsBizWeek highlights!

We’ll be blogging daily this week with ours (and your highlights) – share them with us to be featured on the blog!