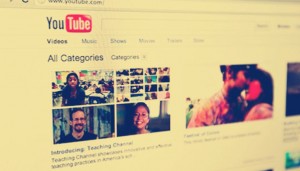 We all know that video is an incredibly effective form of marketing now. It’s engaging, clear, concise and people love to watching it. Research by Virtuets showed that 85% of people would rather watch video than read any text. We hear about videos going ‘viral’ on social media, so I thought I’d give it go. 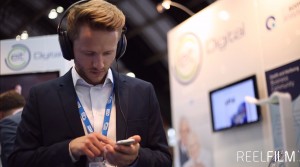 I was sat in a room with the jrc.agency earlier in the year and told the team about my idea to tweet a pancake flip, on pancake day – encouraging others to send their best pancake flip video back. The jrc.agency team were enthused by the idea – hence this blog!

Here I share my learning about running an online viral video campaign on Twitter, which I hope will be useful for anyone embarking on their first viral campaign.

Getting the ball rolling

At 5:32pm on pancake day we got the ball rolling with best our pancakes flip (it really wasn’t that great). I’d call it a half flip and then landing on its side which Jonny only two kindly pointed out with the reply ”Not the best!”.

It’s pancake time! Tweet us back with your best pancake toss video… Success or disaster all welcome! #PancakeDay pic.twitter.com/P6wGk64XhR

We then retweeted the jrc.agency flip – which was much better than ours – and waited…

Pancakes are being flipped at jrc.agency!! It’s #PancakeDay @reelfilmtweets How do you flip yours? pic.twitter.com/7F2KqrQKRF

Quite quickly we had one reply saying they were ‘rushing home for my #pancakes, another congratulating us on our flip, a business tweeting us a back a video we made for them asking if the pancake video was as good and a digital marketing agency asking if there was a prize for the winner… no flips yet but some great interaction nonetheless.

About 90 minutes after our flip we had our first response…

A great flip full of poise and style compared to ours!

Then we got a couple more responses…

Before we were shown the future of pancake day…

Before finally, a dog got lucky!

The power of social media…

At Reel Film, we had never run a campaign like this before. It was really an experiment just to see if anything would happen. To get numerous people replying, whilst not unexpected was also slightly surprising as we haven’t built up this kind of audience before. It shows that if you develop engaging content for social media, then people will interact – you just need to take the time to do so.

Let’s now take a look at who got in touch. We were already in contact with three companies whom we work with. But in addition, we also generated conversations with two individuals who we wouldn’t normally interact with, as well as a company that we have never worked with before. Suddenly, that company now knows about my company and we know about them. All these interactions were generated just from this simple campaign that involved only a six second video taken on my mobile phone. So for business owners who want to engage an audience quickly and efficiently, this shows that it is possible to run viral video campaigns with just a smartphone and an hour or so of getting conversations going online.

Imagine, if we kept running campaigns like this, especially on specific days of the year, we might build up a name for it. Twitter users might look at our account on specific days to see what we’ve got planned and the interaction for each campaign could grow and grow raising the awareness of the company across social media.

What else did I learn?

Next time we run a campaign like this, what I would do differently? Having run the campaign, I spoke with the jrc.agency team about my results on social media. They suggested a couple of additional things I could do to boost our campaign impact with minimal extra effort:

(1)   A unique hashtag – I was using the national #PancakeDay hashtag so that my posts could be picked up by others searching for pancake day posts online. But I learned that by also choosing a unique hashtag just for our video campaign, people could easily associate their videos with our campaign and find others taking part too. If I run the campaign again next year, by using the same unique hashtag, we’ll be able to build up a bank of campaign videos year on year.

(2)   Content seeding – Another thing that the jrc.agency team suggested was to engage some key influencers prior to running the campaign, and encourage them to post content through their social platforms too, to increase the impact and reach of the campaign. This could be simply asking all your colleagues and associates to post their own video with your hashtag when the campaign is launched. Or if you have more time and resources to put into it, you could build a relationship with some key bloggers and influencers to really give your campaign a boost. Imagine the impact if a top food blogger had posted a pancake video with my hashtag on campaign launch day, or even the team on BBC1 Saturday Kitchen or Channel4 Sunday Brunch!

(3) Multi-platform approach – By posting your campaign across a number of digital platforms (Twitter, Facebook, Instagram etc) you can greatly increase the reach of the campaign, and connect with different demographics. If you post across different channels, be aware of the different style and etiquette of each digital platform as this varies, as does the average user demographic – so tweak your content accordingly so it appeals directly to each audience. 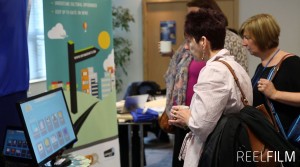 Video is a must for any businesses in 2016. People interact with visual images and the majority of businesses and people are looking to expand their online video presence. Running online experiments such as this can be a great way to test the waters amongst your followers and engage your customers and supporters.

If you currently aren’t using video then why not? 74% of people are more confident in online buying after video according to Invodo and video engages users on web pages keeping them on for longer!

I have been working closely with jrc.agency on a number of video marketing campaigns for our clients. By working in partnership, we can offer our clients the full package, from video filming and production, through to planning and running viral video campaigns, as well as vlogs and corporate videos – backed up by a social media campaign for bigger impact.

Now, we promised the winner a bottle of pancake mix…! 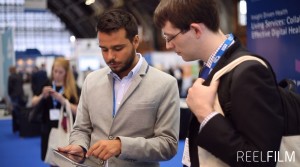