What does the future hold for Facebook and WhatsApp? 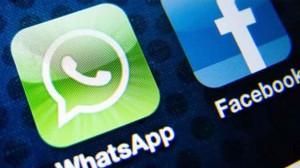 Since Facebook bought WhatsApp last week for $19bn, everyone has been talking about it. Now we’ve all got over the shock at the valuation figure, conversation has now turned to the future – what does the acquisition mean for both companies and for the future of instant chat? Is this just about our data? Are we heading for a second dot.com bubble?

Let’s take a step back and examine some of the current thinking.

What about that price tag?

OK so we may still be a little bit surprised by the £19bn price tag. I think The Drum summed it up well with their humourous article on ‘19 brands Facebook could have bought with $19bn instead of WhatsApp’, citing Royal Mail, ITV, Louis Vuitton, Audi and even Sainsburys as within its grasp.

But Andrew Orlowski on theregister pointed out that while Facebook paid more for WhatsApp than it cost to put a man on the moon, what Facebook is really doing is paying is $45 for your phonebook – data that it has been trying to get through its own platform for years, with limited success. 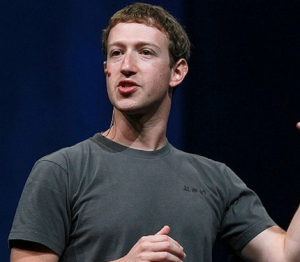 At a conference in Barcelona this week, Mark Zuckerberg described a “shared vision” that Facebook and WhatsApp have to “connect the world to the internet”.

Of the eye-watering price tag, Zuckerberg said “With WhatsApp it’s about the strategic value of what we can do together. I think by itself it’s worth $19bn even if it doesn’t have the revenue to show for it – but it has the reach. I could be wrong – this could be the one service that gets to one billion people and ends up not being that valuable – but I don’t think I’m wrong,”

It is clear to see from this graph on WhatsApp’s extraordinary growth in users that Facebook has been doing its research and has seen the market share grab that WhatsApp has the potential to achieve. The graph shows user growth in its first four years (WhatsApp is adding a million users a day), compared to [year one to four] user growth for other social platforms (including Facebook).

Lara O’Reilly at Marketing Week believes the move is purely down to marketing tactics: “By both acquisition and innovation, Facebook is warding off the threat of competitors such as Google and Twitter and even that of mobile operators by covering off every corner in the mobile arena.”

She says Facebook “has bought defence, data and demographics.”

And due to Facebook’s aging population of users, I believe that the company has bought WhatsApp to gain access to the younger demographic of users.

Some have argued this acquisition has come about because Facebook simply has to keep growing fast – as investors buy into the projections rather than the reality. But is buying audiences the right way to go? Especially where in the area of instant messaging, where Facebook has failed to engage users on its own platform.

Is this just a second generation dot.com bubble?

Google, by comparison, has taken a different approach to investing for the future: diversifying and buying into artificial intelligence and robotics. Theses are tangible products that people are likely to be taking more of an interest in, in the future.

And what about the WhatsApp platform itself?

What users love about WhatsApp is its simplicity and uncluttered look. Where Facebook have misunderstood users is by introducing loads of advertising, which has turned many users off. Facebook says it won’t introduce advertising to WhatsApp – but we’ve no guarantees.

What do you think? Is this just about growth for investors, or is Facebook really committed to “connecting the world to the internet”?

Is the company missing the point by buying audiences? Should Facebook be thinking more about the user experience and less about revenue?

What do you think the future holds for this social networking giant?