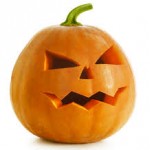 Autumn is upon us. Halloween is just around the corner. The shops are full of ghoulish goodies, skulls, vampire teeth, skeletons and bats.  It can only mean one thing… Spooky, scary, seasonal advertising campaigns for Halloween!

Successful seasonal marketing is often traditional imagery that thinks outside of the box. Keeping a classic spin on advertising ideas can bring in plenty of custom and ensure your digital marketing strategy is talked about. Take Proctor & Gamble’s Tide Halloween advertising on Vine last year. By replicating classic scenes from horror films across decades they went viral, featuring on many blogs and being shared countless times across social media. There are homages to seven horror films from Frankenstein (1931) and Carrie (1976) to Paranormal Activity (2007). They’re all simple but effectively filmed, and all age generations have adverts they can relate to. Best of all they’re budget, proving that you don’t have to spend millions to make them!

(2) Ikea’s Homage to The Shining

Recreating an iconic film scene is another way to advertise creatively. Take Ikea’s 2014 homage to The Shining trike scene, which is known the world over. Danny on his trike riding down the corridors of the Overlook Hotel is simply replaced with a lookalike rolling down the aisles of the Ikea show room ending with an encounter with the Twins, in this case substituted by this Danny’s parents. The classic line “come play with us” is changed to “come pay with us” bringing the scene to the perfect ending.

Finding that perfect balance of scary and funny is not easy to do, but Kellogg’s Rice Krispie Squares nailed it with their very funny advertising for their Halloween themed Rice Krispie Scares. Tempting passers-by to use their vending machine to receive a free treat they also played a trick with their hidden camera high jinx and the outcome is deliciously devilish and extremely watchable. Their two YouTube clips have together amassed over 300,000 views.

The drinks industry is big business in party season and Guinness is well known for clever and unique advertising in its digital marketing strategies. Halloween is no exception for them, while many other drinks companies go with the standards of dressing their bottles up in capes in an attempt to emulate Dracula, Guinness simply put this ad out. So simple that at first glance you don’t realise that the reflection is missing. 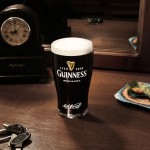 Add to this clever in-pub campaigns such as its Halloween shadows beer mats, and Guinness has a guaranteed a talking point both inside bars and out.  Guinness always remembers that novelty sells, especially at Halloween. 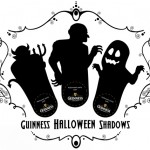 This excellent advertisement from Dulux is possibly my favourite. Their digital marketing consultants  struck advertising gold when they thought of this way to spookily advertise paint, which I think we could all agree wouldn’t have been easy – but the creative on this campaign hit the nail on the head. Using the scare story of a haunted house, we trace the steps of the owner downstairs following spooky sounds – only to be confronted by an apparition that chases him through the rooms until it can chase no more, all thanks to this fantastic product.

All of these adverts have employed digital marketing strategies for online success in their own right, but why are they so successful? What they all have in common is a talking point that contains a perfect balance of classic Halloween imagery combined with their own branding.

Which are your favourite Halloween adverts? I’d love for you to share them and tell me what you think makes them a success. Just leave a comment below.

For weekly digital marketing tips, tricks (and treats) sign up to my blog and I’ll deliver straight to your inbox every Wednesday.

Join Jonny from @Fleek_Marketing on Monday for a FREE business workshop to learn some clever techniques on growth h… twitter.com/i/web/status/1… Retweeted by Fleek Marketing

Great session on How to be ‘Loved by Google’ with Jonny Ross @Fleek_Marketing at Santander Work Cafe Leeds #SEO… twitter.com/i/web/status/1… Retweeted by Fleek Marketing

Here this morning at #workcafeleeds to hear the impressive @jonnyross @fleek_marketing give the inside track on Goo… twitter.com/i/web/status/1… Retweeted by Fleek Marketing