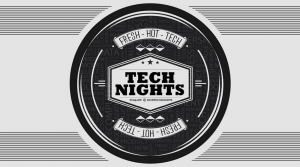 At the end of last month, I attended the 11th Manchester Tech Night. Manchester Tech Night is a meetup aimed at Manchester’s technology community and held at the Spaceport X building. The events are a great way to be kept up-to-date with what’s going on across the north-west and network with fellow tech enthusiasts.

The night is composed of few ‘Lightning Speakers’, who speak for five minutes each, and a headline speaker, who has 30 minutes. There is also the chance to network with other attendees and at the end there’s time for elevator pitches, where anyone is welcomed onto the stage to quickly share any thoughts or ideas.

Gareth Davies: How not to perform a cloud migration

Gareth Davies was up first, speaking on ‘How not to perform a cloud migration’. Gareth explained that migrating information to the cloud could potentially open your data up to various security flaws, so it’s important to be aware of them and mitigate appropriately.

Reasons for cloud migration include making important information or applications available to workers who are based away from the main site, reducing operating costs, and speeding up or replacing an older system for little upfront cost.

Although there are risks that come with cloud migration, many can be overcome with appropriate planning. Some risks of cloud migration include failure to map and appropriately modify application design and architecture of your system to bridge differences to the cloud architectures and the loss of transparency and control when debugging performance issues because someone else is controlling the hardware. It is also important to ensure you have permission to upload data to the cloud, and check if some of the technology you currently rely on is proprietary, as you may not be legally able to deploy it to the cloud.

Gareth didn’t discourage cloud migrations, but stressed the importance of understanding and mitigating risks of what can happen when a cloud migration goes wrong.

I think the benefits of migrating to the cloud outweigh the risks. Cloud technology is increasingly being incorporated into digital marketing, which makes mapping much easier. And for teams like ours who often work across different sites it’s great to always have access to your files, no matter where you are and what computer you’re on.

Ruth Campbell: The unexpected consequences of teaching computers to see like humans

The second Lightning Talk by Ruth Campbell (‘The unexpected consequences of teaching computers to see like humans’) was about “computer vision”, or how computers are able to detect and identify various shapes and figures, in the same way a human would.

A common example of this is Face Detection, a feature found on many modern cameras. Face detection works because the computer inside the camera has been taught what key components make up the human face, and then it recognises these to detect faces. As it’s just a computer and has no bias, it can sometimes find faces in things that aren’t faces, because they resemble a face enough to trick the computer face detection.

Ruth went on to talk about how Google’s DeepDream programme worked with this, using confirmation bias to find patterns in things that aren’t actually there. To test this out, I uploaded a photo to the DeepDream Generator and the results were quite interesting, with the program finding many animals, eyes and faces in my photo. 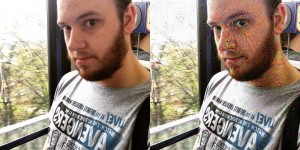 It was a really interesting and fun talk on a subject I’ve never given much thought to. But with face detection in computers growing ever more complex, there many opportunities that have been opened up with this – from security features for access to online data, to fun apps that businesses can use to connect and engage with customers.

After a short networking break, the headline speaker was Dan Tallentire, whose presentation (‘Keep it simple, stupid’ centred around the complexities and issues around techie people talking to non-technical people.

When managing and delivering technology and digital projects, this lack of clear communication can cause problems due to miscommunications and misunderstandings where a situation is not clearly explained and it is not made clear what problems need to be sorted.

A good starting point is to always clearly state assumptions when a project commences, and to place the user experience (UX) centre stage.

Dan advised always phrasing your words to achieve the simplest solution. Misunderstanding can occur during communication over even simple tasks, such as turning off a fire wall or searching the computer for a specific program. There was advice for tech support teams to explain each step individually, and await for a response, instead of asking for the whole task to be done at once, and not use too much confusing terminology. Whilst I think we should strive to learn important terms in our field, it’s also important that we cut jargon in communications.

Dan also advised that people stay away from acronyms. They can slow down or even harm project progress if someone understands them differently, as some acronyms have various meanings. CSS, for example, could mean Cascading Style Sheets, Content Scrambling System, Closed Source Software, or Cross-Site Scripting.

I think this note is important, especially when related to blogging. When you’re putting a blog together, consider that many readers may not be familiar with your industry terms and acronyms. It was a lot of good information and I think it was something that spoke to a lot of the attendees, as there were a wide spread of people from different departments. 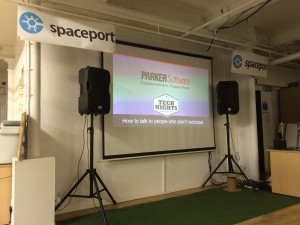 I always leave Manchester Tech Nights with a new understanding of an area of technology that I hadn’t known much about, which is what the tech night is all about. Getting a group of people together who all have a common interest and allow them to share ideas and build off everyone’s knowledge. If you’re part of Manchester’s Tech scene (and even if you’re not), I’d recommend attending their bi-monthly event, even if you don’t get up and speak, it’s great to sit back and absorb the knowledge being shared.

Learn more about digital marketing practices and digital technology events by subscribing to this blog.