How Charities Should Be Using Social Media

It may be a fairly recent phenomenon but social media has taken the world by storm becoming an increasingly important platform for individual networking, business marketing and client-base development. In fact so imperative has social media become in terms of marketing that barely a day goes by when some new strategies, techniques or tips aren’t published, designed to drive your business’s social presence into more dominant realms. Social media’s influence or potential influence on charities is comparatively less well documented.

Once upon a time charities may have been able to survive relying on the kind monetary donations of others. Today charities are, in effective, businesses. As Sue Porto, chief executive of the Volunteer Reading Help Charity, told the BBC:

“Over the last 20 years the voluntary sector has really professionalised.” “Now it is vital to have proper business plans, set clear objectives, and understand what your deliverables are,” continued Ms Porto.

Like any business, if charities want the edge, they should be engaged in a social media strategy. But how?

A recent study compiled by MBA Online revealed that eight out of ten people are more likely to trust and do business with an organisation whose CEO or leadership team are actively engaged in social media. It’s no secret that social media is a powerful tool for businesses to sell without selling. In fact 70% of a buyer’s journey is complete before it reaches the point of sale. In the digital age, social media is a vital part of this journey. Increasingly, both stakeholders and consumers are expecting organisation leaders to act as ambassadors and the point of contact on social media. The likes of Twitter, Facebook and LinkedIn have become an extremely useful way for charities to raise their profiles and talk directly to their stakeholders. 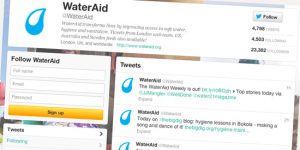 Let’s take a look at a brief overview of social media activity in the UK compiled by Yeomans Marketing.

Whilst no official figures are available, it is safe to say that out of the millions of social media users in the UK, millions of them will be involved with or giving to charity. Put simply, charities must use and exploit social media to their advantage, because their supporters use it. Not only does it enable charities to interactive with advocates but perhaps even more importantly, potential supporters can be found there.

The good news is that charities are harnessing the power of advocacy that lies await in social media. In 2011 the Visceral Business’ Charity Social 100 Index was published which was the result of a six month study of how UK charities use social media. The below infographic shows  how well charities are using social media and how this correlates with their financial performance.

As we can see a huge proportion of charities already have a social media presence. Cancer Research UK topped the infographic due to a combined brand and financial strength. As the most savvy social media users and marketers know, it’s not just about being on the likes of Twitter that counts. Rather its having a social community and responding to others that drives social engagement. In the charity spectre, this social community is more important than ever. As we can see with Cancer Research UK, The British Heart Foundation and We Are MacMillan, having a social community, increases engagement, ultimately leading to donations.

But what exactly is a social community?

A social community is one that begins from an authentic place and is built around common interest. A CEO, digital marketer, or in this case, a charity leader, will take a look at their product, brand or service and think about others who have a passion for what they do. These people will make up the social community. Building up the community is all about finding each other and building a mutually beneficial relationship. In terms of charities, people will always have passion and enthusiasm for what they do, so building up a community centred on this emotionality shouldn’t be difficult.

So what else can charity leaders do to make the most of social media? 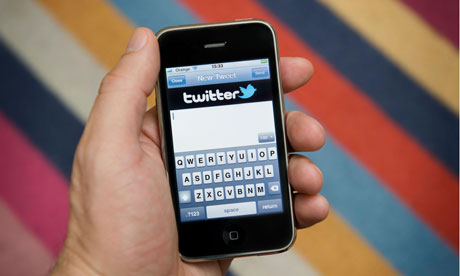 Many charity CEOs might be eager to use social media more but are concerned they do not have the time. Any time spent involving social media should therefore be efficient. Charities should determine what they want to achieve from a social media presence. They should stay on top of the latest developments by taking time out each day to read their Twitter timeline and check what their network is engaged in on LinkedIn.

Out of all the social media channels, Twitter is arguably the most effective in enabling charities and organisations connect with supporters. For example, Simon Blake, CEO of Brook, which provides sexual health advice to young people, is a charity leader who makes regular tweets on what his charity is working on. Blake tweets in an informal and friendly manner. He also uses Twitter to network with stakeholders, including other charity CEOs.

Exhibit vision as a charity leader

Dr. Mark Newbold, CEO of the Heart of England NHS Foundation Trust, uses social media to share with followers how he spends his working week. This openness and transparency allows Dr. Newbold to demonstrate his vision as a charity leader, thus developing credibility and authority for himself and his organisation.

One of the greatest components of social media is that it is free. Having said this it does take time to execute a comprehensive social media campaign and as we all know, time is money. Though it has to be said, unlike many ‘traditional’ forms of marketing, social media is comparatively inexpensive. Charities work on slim budgets meaning tools that help them optimise their digital presence and reach out to a broader community without having to spend too much is quite simply a must.

To conclude, social media interactions can help stop charities from being ‘reserved’ and ‘closed’ organisations. It can help charities introduce ideas and demonstrate vision and leadership about some of the world’s most pressing issue. Yes, it’s safe to say, it’s exciting times for charities.

What do you think? Do you agree that the shrewder more business-savvy of charities are right to be harnessing the power of social media? Or perhaps you think they’re wasting their time? We’d love to know your thoughts.