Capitalising on the Yorkshire brand: the importance of social media and relationship building

The Yorkshire entrepreneurs networking group, Connect Gazelles, held its 2014 Summit yesterday. With the theme, ‘Capitalising on the Yorkshire Brand’, the event brought together some of the region’s most successful entrepreneurs; including:

Social media is all about relationship building. So with a panel discussion on social media, and some great speakers who shared insights on the way they built important relationships to achieve their success, these were very strong themes of the day.

How Gary Verity brought the Tour de France to Yorkshire

Held at aql in Salem chapel on Hunslet Road in Leeds, the event was opened by Gary Verity who gave a very personal and inspirational talk about bringing the Tour de France to Yorkshire.

The unique way in which he did this, which involved building relationships with all the main people involved in the decision, has been well documented. Not least in this Guardian article, The sheep farmer who brought a French classic to God’s Own County: Gary Verity thought up bringing the Tour to France to Yorkshire while he was shaving. Then he made it happen.

But Gary also shared the story of his personal journey and the challenges he had to overcome, both at work and in his personal life. He talked about the importance of relationship building, how the French organisers became good friends. On a carefully planned trip to Yorkshire, he took them on a helicopter ride over the Dales and to the coast. Then finally brought them to Millennium Square, where they watched a video created just for them, with a personal message from Mark Cavendish.

How James Lambert built one of Yorkshire’s major brands

Then James Lambert (R&R Ice Cream) spoke, giving lots advice for businesses. He spoke of the importance of choosing the right partners for your business. Choose wisely, he said, and always be loyal to them. Transformational deals can come at any time, so be clear not to miss them: it might not be the right time for you, but it might be a deal that is too good to miss.

James said there are only four stakeholders in a business: colleagues, customers, shareholders and suppliers, and he spoke about how to please them all: “Use the best two managerial words invented: ‘thank you’”. Amusingly, he said “a person is never successful until you can earn as much as your partner can spend.”

So a strong theme coming through all the talks already was around building and maintaining relationships – and this theme continued into the panel debate.

Is social media important for your business?

Joining Gary and James on the panel were John Graham, Deirdre Bounds and Simon Biltcliffe. The panel question was: Is social media important for your business?

So whether overt or indirect, social media is extremely important for businesses, both B2B and B2C. It is a powerful tool for building relationship with your stakeholders and customers, and for showing the character and personality that Yorkshire is famous for. 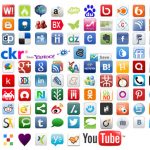 This was my first Connect Gazelles event, and. I could really feel the buzz of entrepreneurialism in the room, and it was great to meet so many people from so many different kinds of businesses. It was also great to chat to Nick butler, CEO of Connect Gazelles, who has a real passion for getting entrepreneurs in a room to help each other.

The Connect Gazelles mission is “to help and inspire those ambitious entrepreneurs in Yorkshire to grow successful businesses by enabling them to learn from business people who have been there and done it.”

I thoroughly enjoyed my first Connect Gazelles event and will certainly be returning for others. 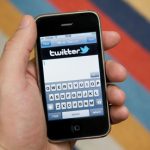 If you’d like more information on how to use social media to build relationships, please contact me to discuss your requirements.

For weekly tips on social media sign up to my blog and I will deliver it to your inbox every Wednesday.