Life after death through social media: what’s it all about? 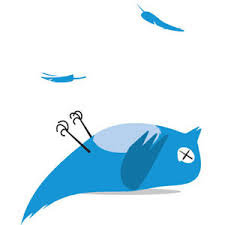 There’s no doubt that the new generation have grown up with social media very much a part of their lives. As a result, there is a new growing market of people making online arrangements for death, and considering social media management services as the next logical progression.

For some users, online networks serve as the primary means of staying in touch with family and friends, and they place high importance on social media. Social networking allows us to post our thoughts, pictures, videos, music and other content.

But what happens to all of the information when we die and is there any way of living on in social media when the inevitable happens?

If you want to leave a lasting impression that is very much from you and not reliant on family members to keep the page going, there are now a number of social media management services that allow you to do so.

Imagine – what if you died, but your Twitter account lived on — tweeting, retweeting, and favouriting things as if it were you? Well, no need to imagine as creative digital agency, Lean Mean Fighting Machine, is currently collaborating with researchers at Queen Mary University to do just that through an artificial intelligence (AI) experiment.

The app LivesOn has the ability to generate a digital “twin” that will learn about you and your preferences in life so that it can eventually impersonate you in death. Users also must appoint an “executor” of their LivesOn “will” who has permission and the power to switch on the app if the user dies, re-animating his or her digital persona.

The tagline used is “When your heart stops beating, you’ll keep tweeting,” and “Welcome to your social afterlife.” Many find this rather too creepy to be real especially following the screening of recent television show Black Mirror about a woman who starts communicating with a realistic avatar based on her dead husband’s digital footprint.
It seems the app still needs a lot of work, as this scathing review from The Telegraph shows. But the app certainly sparked a lot of interest. Dave Bedwood, creative partner at Lean Mean Fighting Machine, said in an email. “We are at the very beginning of the build process. This site is very much for people to sign up now, get a second Twitter account, private to them, and just watch it learn and grow. As AI advances, then maybe we will then get into it being able to copy syntax. When you die, if you’ve had this account for a long time, it may be able to keep tweeting as you.”

1,000 people have signed up thus far to be notified when LivesOn launches, according to the company.

You may find the idea of tweeting after death exceedingly morbid, but the question of how our digital legacies are handled is increasing important, due to the amount of personal data we now store online. The government now recommends appointing an online executor as part of general estate planning: someone who knows what you want to happen to your accounts, has access to your passwords and receives a copy of a death certificate, since some sites require proof of death in order to shut down an account.

Google recently came out with an Inactive Account Manager, which is basically an “after death” plan that has been created as a way to choose what happens to your digital assets. Google explains “You can tell us what to do with your Gmail messages and data from several other Google services if your account becomes inactive for any reason….We hope that this new feature will enable you to plan your digital afterlife — in a way that protects your privacy and security — and make life easier for your loved ones after you’re gone.” With Google’s new option, users have the ability to simply have all their content deleted or choose a contact to receive all the data from their Google services.

Facebook has a different approach to dealing with social media after death. In the event a Facebook user becomes deceased, there is a way to memorialise the account. Some features of memorialised accounts are: no one can log into a memorialised account, friends can share memories on the memorialised timeline, and the content of the deceased user’s timeline is only visible to the population that information had already been shared with. Since Facebook users tend to publish more personal information on their account, especially teens and young adults, this approach could be a nice comfort to friends and family (unless of course the user filled their page with scandalous bathroom mirror photos).

And bolstering the efforts of Facebook and Twitter are a number of companies that offer social media services and aim to help people manage their digital afterlives.

If I Die lets you post a message to friends or family to be delivered upon your death, and Deadsoci.al is an app that lets you schedule messages to post on Twitter and Facebook after death. And back in June, publicist Daniel Cohen described a do-it-yourself solution using the Twitter client, Hootsuite, to schedule tweets in the distant future.

There’s the obvious fact that once you die, you lose control of your social media presence, no matter how many tweets you’ve scheduled in advance. Internet companies often grow, mutate and even die themselves – you just need to look at MySpace for proof of that.

So there’s no guarantee that any of these entitites — Facebook, Twitter, Instagram, other social media, as well as LivesOn and its fast emerging peers — will continue to exist in their present form.

And yet, there is a growing demand for the service. DeadSocial claims to have many thousands of users signed up ready for its launch. The startup was inspired by the public service announcement below about prostate cancer, starring the English entertainer Bob Monkhouse. The ad aired after his death of the same disease. “What killed me, kills one man per hour in Britain,” his televised ghost says.

Of course, not everyone loves the idea of generating — or seeing — zombie status updates. In the episode of Black Mirror, the main character finds herself unable to find closure because her husband’s persona lingers on.

So, in conclusion I do believe that it is smart to set up an “after death” plan. Even if someone uses Facebook or Google+ primarily for personal life updates, every thought and photo uploaded is still considered a digital asset and there should be a way to protect or destroy them should the worst occur to the user.

You can sign up to my blog to receive expert tips delivered direct to your inbox every Wednesday or contact me directly on 011 33 20 21 21.