Last Thursday, I travelled to the city of Birmingham to visit Gadget Show Live, the annual exhibition of all the latest gadgets and technology.

jrc.agency was born out of Jonny’s passion for digital technology and the whole team has an interest in some area of digital tech. One of my personal fascinations is with digital gadgets and how they can help save time or make things easier.

Here I wanted to share with you some of my personal favourite gadgets, as seen at the Gadget Show Live 2016. 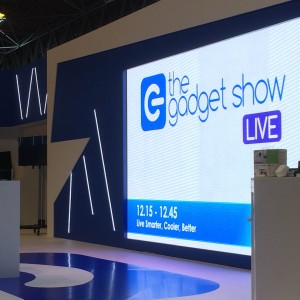 (1) Pi-top – and learning to code with CEEDuniverse

I know absolutely nothing about coding… But I was tempted to buy a Pi-top anyway. A pi-top is a raspberry pi-powered laptop that you can build yourself. A raspberry pi is a micro computer that allows ordinary people to build themselves a small pc starting from the very basics, and the Pi-top is a natural extension of this, allowing you to transform the Raspberry Pi into a laptop.

The Pi Top is more than just a plastic casing and some hardware extras, however, as each comes with featured software made specifically to help users of all ages learn how to code and build hardware in a gamified environment.

I was lucky enough to be able to talk with one of the developers, who took me through one of the code-teaching apps: CEEDuniverse is a game that teaches you how to code as your progress through the game. It begins with some very easy and very visual puzzles, which slowly develop into more complex, code based puzzles as the game progresses.

Whoosh3D is an innovative product by 3DU, that allows anyone to use their phone to watch 3D films and images.

There’s no complex conversion for your phone to go through in order to bring this technology to life. All it uses is a specially made screen protector, which once applied, allows you to view 3D videos without the use of special glasses. An app can be downloaded with trailers and images already installed, allowing you to test the screen from the go – but it reportedly works with any 3D converted film.

One of the best included extras is an installer for the screen protector, meaning you no longer need to spend 10 minutes trying to line everything up correctly, and it also reduces the chances of bubbles being caught in the screen.

Six months ago, the hot new way to travel was by the Hoverboard, a Segway like device made up of a platform and two wheels. Uniwheel saw this and must have thought “two wheels is too many” as they’ve boiled the concept down to a single wheel.

The Uniwheel is the first self-balancing electric wheel, a product of innovation that was designed and engineered in London. Looking much cooler than the Hoverboards, the Uniwheel can be connected to an app, which delivers updates on the fly and can display information such as speed and distance travelled. 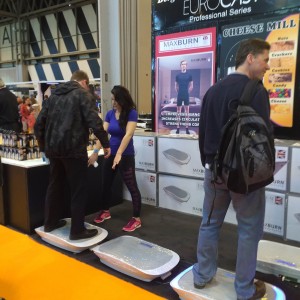 Backface is a 3D scanning and printing service which can do amazing things. They are able to accurately scan an entire object, upload it to a digital plane, and then use that 3D scan to print plastic replicas of the real thing, is either shades of grey of in full colour.

What especially caught my eye about Backface was one of their printed models on show, a full re-creation of Jon Bentley, one of the presenters of The Gadget Show. The model isn’t to scale however, but in fact slightly taller than Bentley. However, this was an important factor, as during the exhibition, they were awarded the Guinness World Record for the largest 3D printed model of a person.

Morning @jonbentley90 dropped by for a photo with our @GWR winning print of him #GSL16 #3dprinting #3dprint #3dscan pic.twitter.com/AB2m8nXhXS

I have to admit, as cool as the Jon Bentley model was, and as fun as uniwheel is, and as cool and educational as the Pi-top is… This has to be my favourite find during Gadget Show Live. Snugs are custom fit earphones, designed to exactly fit your ear, as they are modelled from a 3D scan of the inside of your ear.

I enjoy running, and I sometimes go to the gym, and the most annoying thing that can happen is that my earphones don’t fit properly and they either fall out, or they hurt. Snugs, however, seem to avert this problem entirely, as the ear buds are made to perfectly fit the inside of your ears. The process of getting the snugs created was fairly simple. You sit down, clean your ears out, then ear measurers are placed around the outside of your ears. A 3D scanner is used to scan the inside of your ear lobes and your ear canal. This is done for both ears and then sent off the scan to be 3D printed into reality. For those who love music, there are no better earphones to experience it with.

Overall, I had a great time at Gadget Show Live. If I could, I would probably include absolutely everything I saw on this list, but out of what I did see, these were the six that I found I wanted to talk about the most. 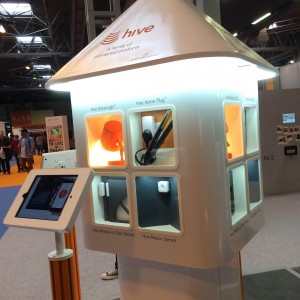 Did you attend Gadget Show Live? What captured your imagination whilst you were there. Comment below and let me know.

If you want to talk to us about how digital technology can help you or your business, contact us today.

Follow this blog for more articles of digital marketing, technology and SEO. 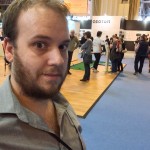