Is it time for football to stop charging millions of pounds for media deals and start encouraging audience engagement? 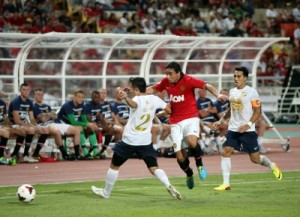 The Premier League has warned fans to stop posting video clips of goals online, seconds after they have been scored, as it breaches copyright laws. Dan Johnson, Director of Communications at the Premier League, was quoted in an article with BBC Newsbeat stating; “I know it sounds as if we’re killjoys but we have to protect our intellectual property.” However, in a world where money plays the most important role, isn’t this just another way of ensuring the football world is able to make even more money? Isn’t it about time they started embracing social media instead of trying to fight against it? Is it really necessary to sell viewing rights to media companies for billions of pounds? Isn’t it about time that audiences were encouraged to get involved with the sport that so many invest their own time and money into?

The problem stems from this years’ World Cup in Brazil, which saw a huge engagement from fans via social media sites such as Facebook and Twitter. One craze that swept through the event was that of fans taking Vine videos of goals and then posting them to their social media profiles, making them instantly accessible to all of their followers. Instead of the Premier League embracing this new craze and encouraging fans to get involved in time with the start of the new season, it seems crazy to me that instead they are threatening fans with breach of copyright laws. With technology developing constantly, live TV has enabled matches to be paused, rewound and even recorded with the touch of a button and live matches are just as easily captured using smartphone technology. I just don’t see how the Premier League are going to regulate such activity? Also, what is to stop audiences at live games posting updates to their Twitter accounts, surely this has the same effect as posting a short Vine video clip? 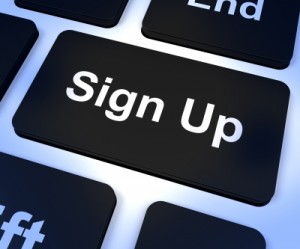 Twitter, who own the video sharing social media site Vine, stated in the BBC Newsbeat article that, ‘Vine users may not post content that violates the rights of a third party. This got me thinking. The third party isn’t the footballer who scored the goal, or the club they play for, it is the distributor of the content itself. With many fans forced to pay subscriptions to companies such as Sky or BTSport to gain access to matches and subscription apps such as the Sun+ Goals App to have goals sent straight to their mobile, isn’t this all just a money making scheme? Interestingly, UEFA have imposed a blackout for the Sun+ Goals App, which prevents it from showing highlights of goals on Saturdays between 14.45 and 17.45 to encourage fans to visit matches live. But this begs the question, wouldn’t people be more encouraged to visit live matches if the ticket prices weren’t so expensive in the first place? I understand that football clubs and associations have to make money to invest back into the sport, but if players weren’t paid up to £250,000 per week, then they wouldn’t have to make so much money to cover their costs, which in turn would allow them to reduce subscription and ticket charges for fans?

Once I got thinking about the reluctance to encourage engagement with social media, I noticed that this same feeling had been echoed throughout the fashion world. Earlier this month, I was fortunate enough to give a talk to retailers at a MODA exhibition, explaining the benefits social media can have on businesses. I believe that customers should be encouraged, from the moment they walk into a store, to take photographs of their outfits in the changing rooms and post them to their own social media sites. Many retailers ban customers from taking photographs of themselves in their changing rooms, but I can’t understand why? Why prevent something that many customers will do anyway, surely they should be encouraged? At a time when social media is playing an increasingly larger part in our everyday lives, isn’t it about time we accept it and use it to its full potential? Many retailers believe that by allowing customers to take photos and post them on social media sites, they will be providing their competition with information. However, with the development of technology such as Google Glasses, it won’t be long before retailers will no longer be able to decipher who is taking photographs and who isn’t. As for their competitors seeing the photographs of the store and clothes on social media, what is to stop them simply walking into the store?

In my opinion, I believe it is time for change. Nearly fifteen years ago, many believed that the music industry would soon be a distant memory thanks to illegal downloading and increased sharing due to social media. However, instead of fighting the change, the industry adapted to it. Now with sites such as Spotify allowing consumers to pay a small monthly subscription for access to unlimited music, audiences can share their own playlists via social media sites. Also, with a reduction in download costs the music industry has shown that it has adapted to suit the needs of its audience and is stronger than ever.

I believe that it is time for the football and fashion world to take a look at the music industry and embrace the change that is so evidently happening. I think audiences should be encouraged to interact using their social media platforms and I believe that businesses should look upon this as a great way to create original content to channel their own social media platforms. After all, social media is here to stay and I strongly believe it should be enhanced rather than discouraged. Just as the saying goes, the more you tell someone not to do something, the more inclined they are to go out and do it anyway.

Do you agree with this blog? Or do you have a different view on why certain sectors should ban the use of social media? Do you think it is to protect their own interests or is it because they are doing it purely to create capital? Whatever you think, let us know.