5 LinkedIn Groups changes – and how they might affect you 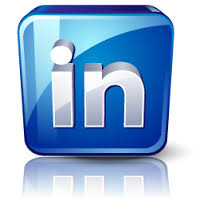 LinkedIn has announced a number of changes to the Groups function on its professional networking platform. Below I’ve summarised the main changes, and how they might affect LinkedIn groups and group members. I’m interested in what others think of the changes too.

Removing the promotions tab is probably a very positive move because they were simply filling up with spam. I’m not sure if anyone ever visited and read them.

From an SEO point of view, it is a shame because Google really valued the links that were placed in the LinkedIn Promotions section. However there was no real benefit to users, so longer-term the value search engines would place on these links would arguably decrease anyway.

Removal of sub-groups I think is a good idea, as they weren’t really vastly used. Sub groups did work in the early stages in helping to generate additional traffic and conversations, but they had recently become just additional “noise” stopping you creating new groups – so I don’t think their removal is a bad thing.

For me, the biggest improvement by far is the addition of @mentions. In the same way as Facebook and Twitter allow you to highlight and mention another user in a comment (generating a notification to them that you have done so), you can now do the same in LinkedIn comments.

This is a huge step in the right direction, as LinkedIn has been showing us how to break engagement for years. The LinkedIn app in particular is dreadful. It has major issues with notifications and email notifications at the moment (people are commenting and nobody is getting notifications) so conversations often end quickly.

With these new LinkedIn changes, groups are either now completely hidden or fully open.

The upside of fully open groups is that people can join in and engage straight away – they are very inclusive. The downside is they can get very spammy. The result of this was that LinkedIn groups were moving more and more towards member-only groups, as moderators took efforts to avoid spam. However, this sometimes placed a large volume of moderation work on the shoulders of the group owner.

With private groups, you can’t see anything until you join. You can only join in conversations or chat if you’re a member.

I think overall this change is a positive step. Ultimately, people are in groups because they’re like-minded and want to talk to people with similar interests.

I think the nature of a LinkedIn group is like a group of people. Closed groups = a closed meeting, with someone (the moderator or group owner) on the door, opening it to invite people in. 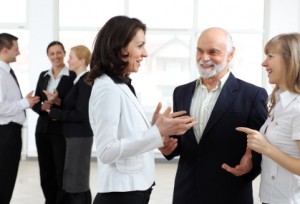 Previously the only way into a group was via an invite from a group moderator. Anyone could be invited, but the moderator controlled the door.

There are pros and cons to this.

Firstly, there are potential issues with regard to trust and confidence. If you’ve created a private group but then anyone can invite anyone in, does it change how much time you invest in it? Does it change what people say inside that group? Some might say discussion can happen more freely when you know who’s in the room.

I personally think that if what you say in groups may be an issue for new members, then actually should you be saying that at all online? Although, it will be interesting to see if or how the changes affect engagement.

Actually though, anyone being able to invite anyone will hopefully increase good behaviour online. Maybe people do think more about what they say online?

The positives are that groups may become more active as more people are invited in. If you had a physical networking group and you suddenly said “everyone can bring three friends”, then the group would grow and become more diverse: that’s probably far more valuable than just the group owner inviting people.

Bearing in mind more people can invite others and join, there will potentially be a lot more activity. In order to deal with this, I think it would be worth appointing a few more moderators, so all days and times are covered (and spammers or inappropriate posters can be removed).

I see LinkedIn has also announced there’s going to be a separate groups app. I welcome this with open arms! So far their app is dreadful, so investment in apps is a good thing. I just hope they do it well! 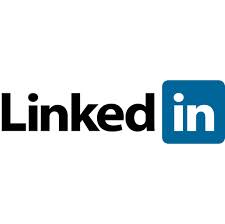 LinkedIn has also said there’s going to be using far better spam filtering and that they will fix the email digest. These are all positive steps. But I think we’ve got to wait for roll out and see how they work in practice

Don’t have time to read and want the key points – watch this!!