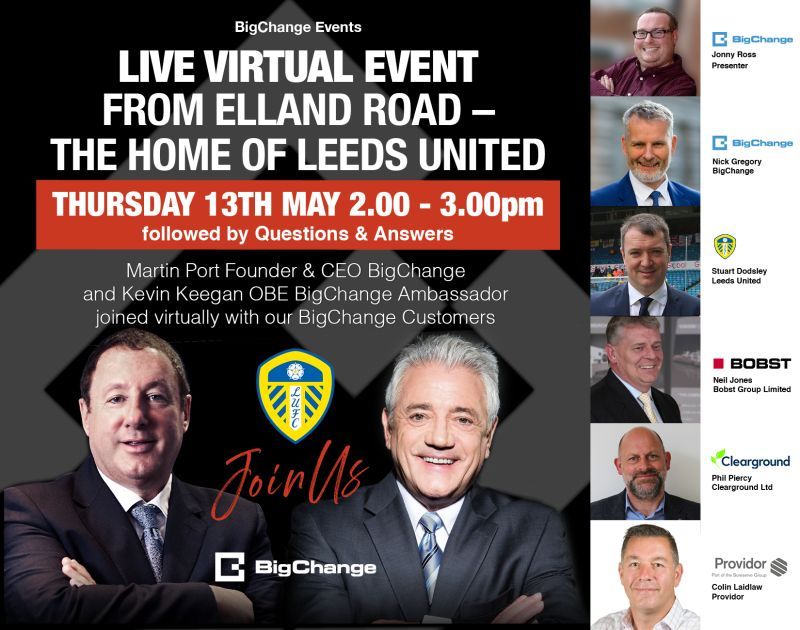 Kevin Keegan OBE learned about leadership from the best and put it to good use.

The BigChange ambassador was given his international debut by Sir Alf Ramsey, England’s 1966 World Cup winning manager, and played under Bill Shankly at Liverpool.

Kevin won three First Division titles, the UEFA Cup twice, the FA Cup, the European Cup and the Bundesliga, and was twice named European Footballer of the Year.

He captained and managed England, and led Newcastle United from Division 2 to finish second in one of the most competitive seasons the Premier League has ever seen.

On Thursday 13th May, Kevin will be sharing his leadership philosophy and lessons learned from the beautiful game in an exclusive online CEO roundtable event for BigChange customers.

Leaders will discuss bouncing back from COVID, inspiring premier levels of performance from diverse teams, and how to develop captains throughout their businesses to drive growth and greater success.

Not ready to book?

Events where Jonny will be speaking

Go Digital Live – How to climb the Google ladder with SEO