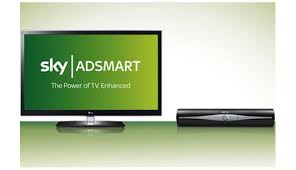 In last week’s blog post on media agencies, I talked about the Netflix model of commissioning TV shows (as a whole series), which gives viewers what they want, when they want it – and asked, are media agencies really making the most of social media to understand their customers?

I talked about the difference between TV and social media advertising – where the latter gives people choice and can tailor what is offered to them (and when) so when they watch, they are more engaged. But some TV companies have already cottoned on to this idea…

The launch of Sky AdSmart

In Autumn last year, Leeds, York & North Yorkshire Chamber of Commerce invited me to a seminar about the upcoming launch of Sky AdSmart. Sky says: “What if you could show a TV advert only to your ideal customers….?”

It calls AdSmart “a revolution in TV advertising.”

TV advertising is already targeted at the “average” viewers of a particular television show, but this relies on generalised data that is often out of date. Sky AdSmart knows exactly who is in which home so the targeting can be much more accurate. 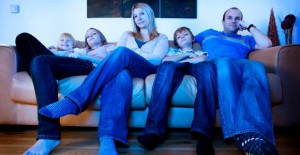 How does Sky AdSmart work?

Sky will send a library of ads over satellite to the hard disc of a Sky+HD set-top box. Based on the information its customers have provided, relevant ads are inserted into live broadcast streams. Sky says “The line-up of adverts is based on a customer’s postcode alongside publically available demographic information from third-party providers including the data services company Experian.”

Viewers will see Sky AdSmart advertisements during the usual commercial break, without any extra signage. For example, a car brand that has paid for a slot in that particular break could serve a people carrier advert to a family but a sporty model for a younger customer without children. If a viewer does not fit that AdSmart profile, they will be served with another non-AdSmart ad during the break. The service also allows for geographical targeting for local businesses.

Who has signed up for Sky AdSmart?

When the Sky AdSmart service launched last month, a number of major household names were already on board, Tesco, Royal Bank of Scotland, Littlewoods, American Airlines and Audi. Brands like Citroen and Dial-A-Flight also have plans to roll out campaigns later in 2014.

Local advertisers have signed up too, including First Central and Hampshire car dealership Hendy Group.

The service is available in over a fifth of UK households.

What are the benefits?

The benefits are obvious. Viewers only see targeted adverts, so they will be more engaged during commercial breaks. Businesses can target customers directly and more accurately, increasing the potential ROI of their advertising spend. Sky reports that a quarter of the brands that have signed up are new to TV advertising or had previously left the market (such as Nestle’s confectionery brand Polo).

James Haycock predicted in The Drum last year that the service would benefit both viewers and businesses, and asks “What if you flip things around, providing benefits both ways? Might the same technology be used to offer viewers more relevant programming? Imagine sitting down to a personalised playlist based on your attributes, viewing patterns and favourite genres or shows.” – This is the next step on for broadcast TV, much like the existing Netflix model that Kevin Spacey talks about.

What are the downsides?

The first thing many people worry about where any kind of targeted advertising is concerned is privacy. But, as Jane Bainbridge noted in The Guardian last year, “Sky is scrupulous in its use of data; subscribers were told the benefits and could opt-out and can continue to do so via Sky.com., the vast majority have chosen to take part.”

Sky has been careful to slowly build up to this launch, and has been putting messages out about the benefits of tailored advertising since as far back as 2009.

The SkySmart model is very reminiscent of the online video advertising model. Retail and social media have always gone hand in hand. The internet has changed the way people watch television, so the TV advertising industry has had to adapt to meet these changing customer demands. People now expect tailored content – they want choice. As Kevin Spacey pointed out, there is no longer a clear definition between different types of media: “it’s all just CONTENT; it’s all STORIES.” 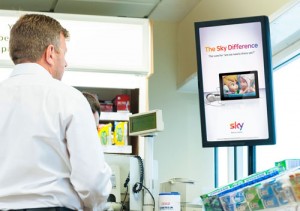 Tesco has already taken the tailored advertising model one step further, introducing facial recognition at some of its petrol stations to allow for tailored adverts to be shown to people queuing at the tills. The Amsreen technology uses a camera to identify a customer’s gender and approximate age.

Amscreen’s chief executive Simon Sugar (Lord Sugar’s eldest son) says “This could change the face of British retail, and our plans are to expand the screens into as many supermarkets as possible.”

So what do you think? Is tailoring the future of advertising?

Are you a small or local business owner that has previously dismissed television advertising as too expensive and too “scattergun” in its approach? If so, would you now consider more targeted campaigns using Sky AdSmart?

And managers of larger brands – have you signed up, and will you?

Are you already planning campaigns? I’d love to hear from you – and how successful the Sky advertising service has been at delivering results for you.

Would you approach a social media advertising agency to produce your television adverts?